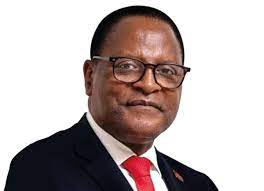 MALAWI is destined for another election legal battle from September 14 after the Democratic Progressive Party (DPP) recently filed an application in the Blantyre High Court registry. DPP cadres are seeking nullification of the June 23,2020 fresh presidential election, which saw President Lazarus Chakwera, under the banner of Tonse Alliance, being declared winner of such a poll. Initially, if the DPP prayer is granted, Malawi could see a reversal in presidential powers to the status quo that prevailed on June 23, 2020, with DPP leader Peter Mutharika as president and Saulos Chilima as his vice. Calls for peace grow ahead of hearings. In an interview, renowned human rights campaigner Undule wakasungula said the constitutional hearing of the case is a sign of progress in Malawi’s democracy and that DPP is justified to take the matter to court for interpretation. He further said this is very unique and cannot happen in most African countries which attained their democracies before Malawi. Mwakasungula, however, said: “To avoid repeat of the previous constitutional hearings, we need to encourage members of various political parties concerned to promote peace and not to be engaged in violent demonstrations like observed previously.” He noted that while people have the right to demonstrate, Malawians should demonstrate peacefully to avoid violence and destruction of property, and infringing on other people’s rights. “During the Constitutional Court hearings, government should enhance security and warn however is going to be involved in violent activities that they would be prosecuted,” said. Mwakasungula, who was a lead activist during the July 2011 demonstration. What other activists say Lilongwe-based social advocate Fryson Chodzi said in a separate interview that Malawians should know that the matter is about interpretation of the constitution following the decision by the High Court that the Malawi Electoral Commission (MEC) was not there at that time. He said it is critical for the judiciary to educate people on matters of the court such as this one and make a determination on the legality of MEC at that time. “There is need to ensure that the judiciary should not be intimidated. Rights of Malawians should also be safeguarded. We know that as the case starts, some people will have the right to demonstrate peacefully by going to the court for hearing,” Chodzi stated. Like Mwakasungula, Chodzi also stressed that the State security apparatus and machinery should ensure that every citizen and various properties are protected to avoid what happened ahead of the fresh presidential poll. Meanwhile, Robert Mkwezalamba, who is chairperson of the Human Rights Consultative Committee has told the media that the body foresees peaceful court hearings because there is no much pressure as opposed to previous hearings. “The State should provide security to those willing to conduct peaceful demonstrations during these hearings. “Violence should not be condoned and the President should warn anyone who wants to engage in protests. Let police not use force in the event of protests,” he said. Currently, five High Court judges led by Sylvester Kalembera have begun meetings this week to chart the way forward. The judges, who were appointed by Chief Justice of the Supreme Court of Appeal, Andrew Nyirenda, last week include Annabel Mtalimanja, Rowland Mbvundula, Nyakaunda Kamanga, and Thomson Ligowe. This was after DPP legal counsel Charles Mhango filed for nullification of the election on the basis that, at the time the poll was being held, there was no MEC because the commissioners were unduly appointed by then President Peter Mutharika. The application by DPP came barely a day after the High Court quashed the appointment of four DPP commissioners—Jean Mathanga, Linda Kunje, Steven Duwa and CLICK TO READ MORE

How school curriculum has changed