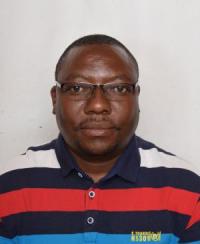 KELVIN CHONGO, Lusaka
PATRIOTIC Front (PF) Chifunabuli member of Parliament Ponde Mecha has told Parliament that there is a serious problem of malaria in his

constituency.
He said to help the people of Chifunabuli fight malaria, the Ministry of Health responded by distributing distribute mosquito nets.
Mr Mecha told the House that the Ministry of Health, however, did not involve other sectors when distributing the mosquito nets.
He was contributing to debate on the Report of the Parliamentary Committee on Legal Affairs, Governance, Human Rights, Gender Matters and Child Affairs.
Mr Mecha told Parliament that the people of Chifunabuli saw mosquito nets as an opportunity to make money, and instead converted them into fishing nets, which he described as a double edged sword.
“The implications are oblivious because this is a moral issue which goes to explain that to some extent, people have lost their moral bearing,” he said.
He also said he agrees with President Lungu’s statement when he addressed Parliament that there is decay in the country.
He said the President’s statement was an understatement because it should have been moral decay.’
Mr Mecha said by converting the use of the mosquito nets to fishing, these people contribute to the increase in the number of deaths in the province resulting from malaria.
He also told Parliament that these people have been fishing not only fish but eggs (fingerings), contributing to fish depletion, which is a source of their livelihood.
“As a result of this unethical behaviour, fish is depleted when it has been the main source of their livelihood in Chifunabuli. Everyone benefitted from it, including traders, transporters, and all these jobs have been lost now,” he said.
“Mr Speaker, Sir, Chifunabuli is no longer contributing to the national reserves of the country, and the gross domestic product (GDP) of the country due to these acts.
He said the irony of this is that through unethical behaviour, we have lost a source of livelihood.”
“These are some of the serious issues addressed by the President. This is why I did not abscond from Parliament when the President was addressing us because I understood the importance of his speech,” he said.
If the people of my constituency applied the nets as required, we would not have depleted fish socks.