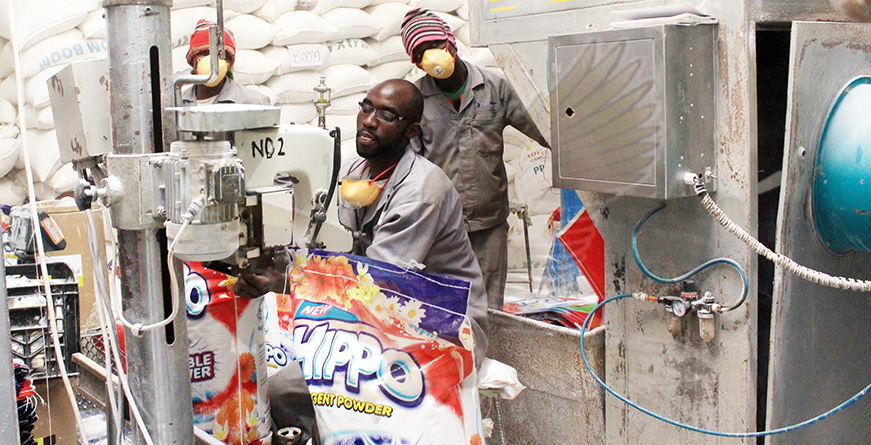 ESTHER MSETEKA, Lusaka
THE theme for this year’s Zambia International Trade Fair (ZITF), “Private sector key to industrialisation”, resonates well with the government’s agenda of fostering industrialisation and job creation by encouraging stakeholders to fully participate in economic activities.Government is currently implementing various economic strategies such as the Seventh National Development Plan (7NDP) , which seeks to build a resilient and diversified economy.
The 7NDP, which is aimed at attaining the long-term objectives of becoming a “prosperous middle-income country by 2030”, is among the tools that the Government is using to restore fiscal fitness in the country.
The 7NDP is running from 2017 to 2021.
During the launch of the 7NDP last year, President Edgar Lungu emphasised the need to implement the plan within the principles of the United Nations Sustainable Development Goals (SDG) where no one should be left behind.
The projected resource envelope for the plan is estimated at K342.3 billion, averaging K68.5 billion annually.
President Lungu explained that the realisation of the plan will be achieved through the contribution of a number of developmental outcomes and to make it an effective guide towards Zambia’s aspirations of being a developed middle-income nation.
The key outcomes in the 7NDP include economic diversification, job creation, reduction of poverty, vulnerability, enhanced human development, reduced developmental inequalities and creation of a conducive governance environment for a diversified economy.
Zambia’s economic growth strategies focus on policy interventions related to increased investments in growth sectors of agriculture, tourism, manufacturing and energy, which should be supported by mining, public economic infrastructure in transport and communication.
Additionally, industrialisation strategies are expected to underpin the growth prospects in the plan period with a focus on the creation of decent jobs that are labour-intensive like agriculture, forestry, construction and small-scale mining sectors.
The other aspect will be to help increase foreign exchange earnings from agriculture, tourism, and small-scale mining, thereby enhancing the country’s economic resilience to external shocks and dilution of mining sector contributions from the fluctuations in the dollar.
In all this, Government is alive to the fact that working with the private sector is key in realising the economic benefits of industrialisation.
Minister of Commerce, Trade and Industry Christopher Yaluma has assured of Government’s continued support to the private sector with a view a accelerating economic development and creating a platform for local innovation.
Speaking at a business dinner hosted by Trade Kings recently, Mr Yaluma said Government is working hard to ensure that the National Industrial Policy is realised by developing the local content strategy which is aimed at promoting inclusive growth.
However, Government says there is need for the private sector and manufacturers to produce superior quality products if they are to fully benefit from the African Continental Free Trade Area and other trade blocs.
Mr Yaluma explained that this year’s Trade Fair has given prominence to the role of the private sector in accelerating industrialisation and further acts as stimuli in deepening both regional and multilateral trade given the various exhibitors that come through.
“Sustainable development can only be achieved through value addition by increased utilisation of locally available goods and services. Government takes pride in seeing [companies like] Trade Kings, a wholly Zambian company, flying the local flag high in the production and distribution of fast-moving consumer goods,” he noted.
Indeed, Trade Kings is a notable showcase of how private sector participation can transform an economy.
Trade Kings Group general manager Luxminarayanan Subramaniam says the company has contributed to the landscape of the local industry from the time the economy was state- controlled.
Mr Subramaniam recalls how most industries did not live up to expectation and subsequently closed due to, among other factors, inadequate capital, low production and inefficiency.
“The business has undergone phenomenonal growth in the last two decades, thereby creating promise for revival of the manufacturing sector in Zambia. It is therefore clear that the private sector is a key driver of sustainable economic development,” he said.
“Trade Kings has grown from a family business to a conglomerate, which notably indicates the potential in the Zambian economy.”
Mr Subramaniam said job creation is one of the biggest development challenges most countries are faced with around the world.
He noted that currently the existing enterprises cannot absorb the market entrants of today nor those in the future.
Trade Kings has created over 5,000 direct and indirect jobs to date and has in the last 20 years contributed significantly to the government coffers through taxes.
Mr Subramaniam says the private sector is one of the key drivers of innovation as it exhibits higher degrees of flexibility and less bureaucratic organisational structures.
“Effective policies that create an enabling environment for SMEs, and networks to develop, including affordable access to basic infrastructure, prudent legislation and provision of adequate finance, are imperative,” he said.