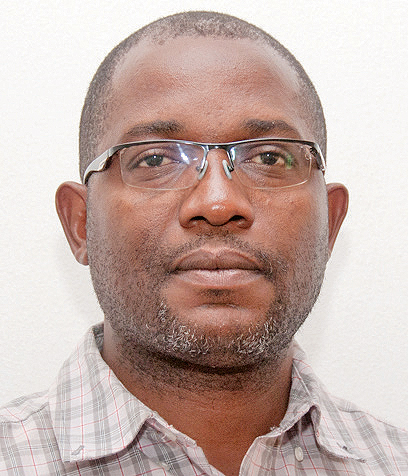 Analysis: CHANDA MULIMANSENGA
ZAMBIA is among the few countries that have successfully developed a National Alcohol Policy (NAP) through an inclusive multisectoral process involving the public and the private sectors and the civil society. This strategy ensures that the human-centred approach becomes the overarching response strategy in responding to alcohol-related issues. In today’s article, we focus our attention on the role of the private sector using Zambian Breweries as a predominant case study.
The private sector as part of an inter-sectoral process and a multisectoral strategy
Several commentators have noted that health policy analysis has focused largely on technical content and design, neglecting both the stakeholders and processes involved in developing and implementing policies, and taking little account of the contexts within which related decisions were made (Reich, 1995; Barker, 1996; Gilson & Raphaely, 2008). Policy is a product of, and constructed through, political and social processes. Armed with this knowledge, the private sector, and Zambian Breweries in particular, ensured that it responded to Government’s invitation to participate in both the procedural and substantive processes of the policy development cycles. This was, and is, critical because the private sector provided much-needed information on sales volumes, drinking patterns and future trends in the alcohol landscape. On the flip side, this involvement provided a unique opportunity to the brewery industry to learn from other stakeholders such as civil society and GRZ on how uncomfortable they were in allowing the industry to regulate itself as it had initially conceived.
The alcohol industry has had to learn, in the spirit of ‘give and take’, that the bigger picture of national development and human preservation is more important than the profit motive. Consequently, the dream of self-regulation has been dropped, and the sector has fully bought into having the NAP as the overarching framework under which to operate with GRZ maintaining its overall policy, regulatory and stewardship role.
Zambian Breweries as a change agent and advocate
In the initial phases of developing the NAP, there was suspicion from many stakeholders that the alcohol industry was going to hijack the process because of its influence and its financial muscle. On the contrary, Zambian Breweries used its global experience in policy analysis to mobilise other brewers, and worked together with GRZ to inculcate a positive philosophy of nationalism and human preservation using a human-centred approach when addressing alcohol-related issues. The private sector, led by Zambian Breweries, was able to see itself, and continues seeing itself, as a critical component of the national development ecosystem in which documented alcohol management has its space.
NAP obligations for the private sector
The policy urges the private sector to take full advantage of the public-private partnership policy under the Ministry of Commerce to make a lasting positive impact on the alcohol landscape. This sector must be involved in programmes that prevent, reduce, treat and rehabilitate people and families affected by alcohol-related harm.
Producers and retailers have a special responsibility to ensure alcohol is sold in accordance with national laws and regulations – such as the Liquor Licensing Act of 2011, provisions of the Zambia Bureau of Standards (ZABS) and By-laws from Local Authorities and Chiefdoms.
The NAP is one of the few policies which was approved together with its Policy Implementation Plan (PIP), a document which contains activities needed to make policy measures actionable.
Examples of how Zambian Breweries is operationalising the NAP
Zambian Breweries buys into government programmes to create public awareness about the dangers of alcohol misuse.
a. Educational programme: The company runs an intensive educational programme with selected schools and workplaces through which thousands of workers, schoolchildren, out-of-school youths and university students have had awareness of the dangers of alcohol abuse raised.
b. Event management: Realising that event management is becoming a key component of the entertainment sub-sector, Zambian Breweries has developed a package which it uses to train events managers on how they can effectively manage alcohol consumption during their events.
c. Collaboration with the Road Transport and Safety Agency (RTSA): Road accident injuries are not uncommon in Zambia. Drunk driving is a huge determinant of this public health issue. To reduce the prevalence of accidents influenced by alcohol misuse, Zambian Breweries and RTSA have educated both motorists and pedestrians using different media on road safety. The company has procured and donated breathalysers to the agency to check drivers’ alcohol levels during their (RTSA) road patrols.
d. Primary prevention of alcohol abuse through skills development: The policy describes skills development as a prevention strategy, with guidelines on how to equip Zambians, especially youth, with knowledge and entrepreneurial skills to help protect them from alcohol-related harm. Zambian Breweries has responded to this by initiating and supporting various youth programmes.
The author is chairperson of the Zambian Breweries Sales and Marketing Compliance Committee.