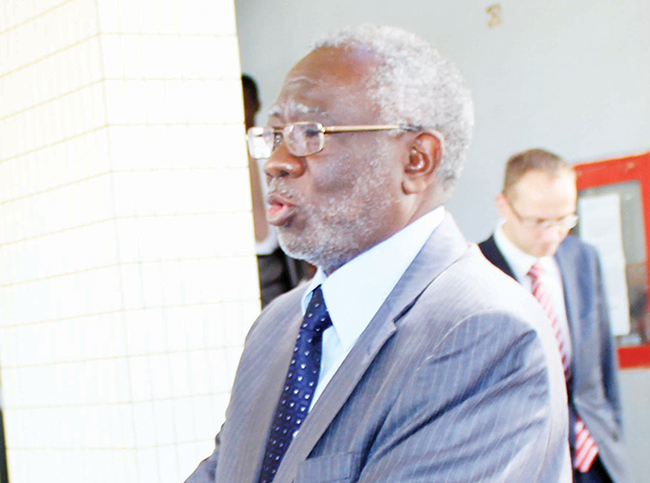 ALEX NJOVU & ANGELA CHISHIMBA, Lusaka
MINISTER of Labour and Social Security Fackson Shamenda has urged the labour movement to make proposals towards the 2016 national budget that reflect economic realities.
And speaking in a speech read by the ministryâ€™s acting permanent secretary Cecilia Kamanga at a Zambia Congress of Trade Unions (ZCTU) pre-budget workshop yesterday, Mr Shamenda also underscored governmentâ€™s commitment to improving workersâ€™ welfare.
â€œYou need to make proposals that reflect economic realities, taking into account budgetary constraints and the need to grow the economy,â€ he said.
Mr Shamenda said government is committed to growing the economy but needs innovative workers who will deliver.
â€œStop thinking inside the box, throw it away and think. We need commitment from the workers in order to improve productivity levels, grow the economy and ensure shared and enduring prosperity,â€ he said
Mr Shamenda said despite embarking on a robust infrastructure development programme, government has also made efforts to balance growth with economic transformation.
He said public service workers were awarded unprecedented high salaries in 2013 and this raised the wage bill to unsustainable levels.
â€œAs much as we emphasise the need for ensuring high and sustainable levels of economic growth, we have also ensured that this growth translates into tangible benefits for all Zambians,â€ he said.
The minister said Government has continued to observe international standards of debt management to ensure that a sound economic environment prevails. He said commitment has also been shown towards maintaining strong credit-worthiness and safeguarding macroeconomic stability.
Mr Shamenda also said there is need to enhance industrial harmony to guarantee high levels of productivity and sustainable economic growth.
And Zambia Congress of Trade Unions (ZCTU) president Chishimba Nkole thanked President Lungu for lifting the wage freeze.
â€œIt is important to note that the wage freeze should not have been imposed on workers and it should never be brought back,â€ he said.
Mr Nkole said the high cost of living has continued to affect the welfare of workers.
â€œThe high poverty levels are due to high unemployment levels,â€ he said.
He urged government to put in place measures that will progressively help regulate the informal sector and widen the tax base.