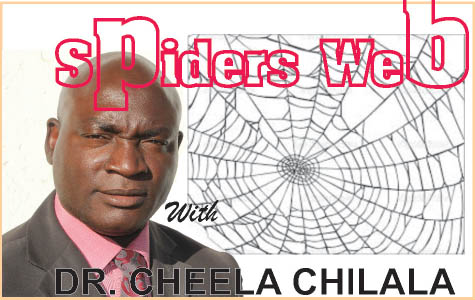 Spiderâ€™s Web with CHEELA CHILALA
A FRIEND of mine recently told me how a man once approached him and proudly announced that he had done very well in the examination he just sat for. â€œI came out second in the class,â€ the man bragged. Happy for the man, my friend asked, â€œHow many were you in the class?â€ The answer was unexpected and amusing, though given with a heightened sense of excitement: â€œThere were two of us!â€
Funny as this story may sound, it does contain some serious issues worth discussing. First, the man took pride in a false sense of success.
If there was anything to celebrate, it was not the fact that he came out second, but perhaps the fact that he passed the exam. In essence he was celebrating a number â€“ the fact of coming out second â€“ rather than true success. Yet, how often do people celebrate non-victories or non-success!
Some people are obsessed with celebrating birthdays. Now let me hasten to say that there is absolutely nothing wrong with celebrating a birthday â€“ we need, after all, to be grateful even for being able to live one more year. Be that as it may, it is possible to turn a birthday into a mere celebration of a number. If, for instance, you are thirty-five, not working and still being looked after by your parents, what is the point of throwing a party to celebrate your thirty-fifth birthday? What are you celebrating? What have you achieved in the past year apart from graduating from the number thirty-four to the number thirty-five? Are you celebrating being looked after by your parents for thirty-five years?
You see, turning thirty-five is not a sign of being an achiever; it is just a sign of growing older! Yet we often see some individuals who are obsessed with having big birthday bashes but with nothing to show in terms of achievement. Recently a relative celebrated sixty years of age, and deservedly so, because he has achieved a lot in that period of time. Think about this: from your last birthday to the present, what have you achieved? What value have you added to your life?
Second, the man in the story was abusing statistics to present a picture of a big achievement where there really was none. Statistics, to be sure, can be abused and manipulated; and that, precisely, is the point one-time British Prime Minister Benjamin Disraeli made when he famously said, â€œThere are three types of lies: lies, damned lies, and statistics.â€ Depending on how they are presented, statistics can be used to lie, deceive or mislead.
It is true, of course, that our man came out second in class; but then the context matters – he only had one competitor. In addition, it matters what kind of competition he had and what kind of competition he himself provided. Competition is healthy, and if you want to measure your ability, measure it against the best, not the worst, or against mediocrity. You can run off with a false sense of success or achievement if you compare yourself to mediocre people. Lack of quality competition can make you walk around with a false sense of success and even make you complacent when there is still lots of work to do and a long way to go.
Competition must not only be counted; it must also be weighed! Progress and success can only be measured in relative terms: either by comparing yourself to another, or by comparing your current status to your past status. When you compare yourself to the people you were with, say, in primary school, would you say you have made progress? Or if you compare your current situation to where you were five years ago, or a year ago, would you say you have made progress?
cheelafkc@yahoo.co.uk 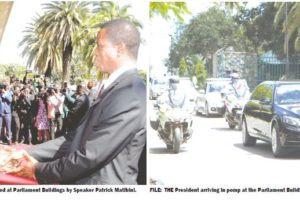 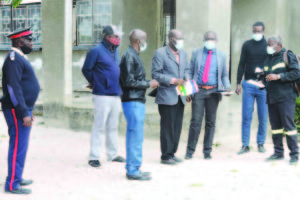