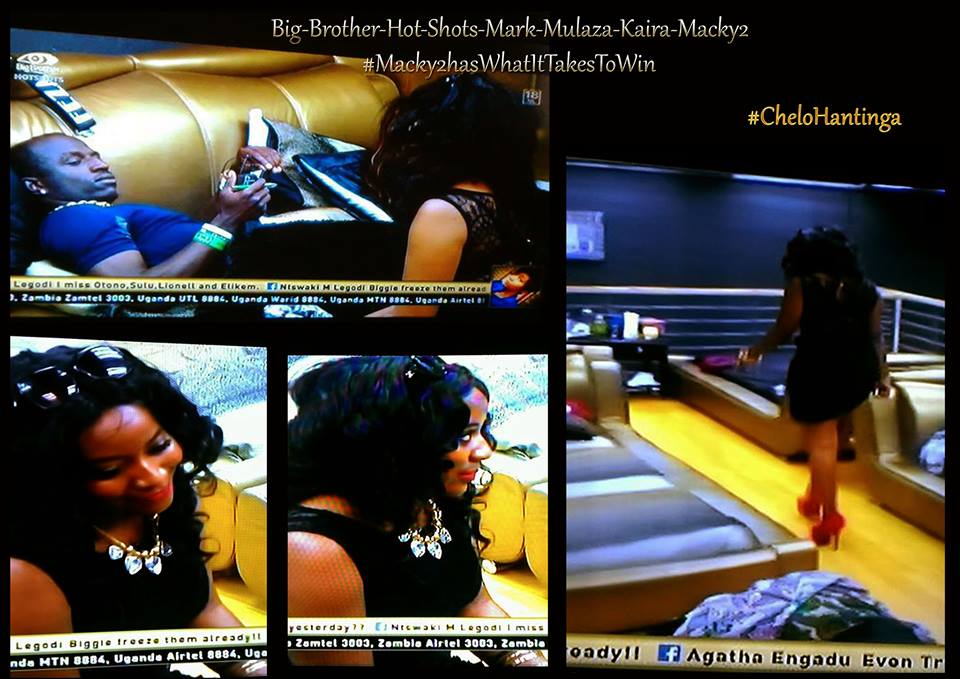 NKOLE NKOLE, Lusaka
AS the Big Brother Africa (BBA) season nine edition draws to a close, the penultimate eviction show confirming the reality showâ€™s finalists takes place today.
Zambiaâ€™s representative Macky II, who was treated to a surprise visit by his girlfriend on Thursday, is already a guaranteed finalist after he won the Head of House (HoH) challenge at the beginning of last week.
Those facing possible eviction today are Botswanaâ€™s Goitse and Sheillah, Tanzaniaâ€™s Idris, Zimbabweâ€™s JJ, Ugandaâ€™s Ellah, Nigeriaâ€™s Tayo, Malawiâ€™s Sipe and Trezagah from Mozambique.
Meanwhile, some BBA Hotshots were pleasantly surprised on Thursday as their family members made surprise entries into the house.
This came after Big Brother ordered the Hotshots to stop and freeze.Â Â  Idrisâ€™ mother was the first to walk through the doors and gave him a message from home while he stood as still as a statue, startled to see his mother enter.
Macky II was given the shock of his life when his girlfriend walked through the doors of the Big Brother House and carried with her an endearing message from home.
As she sat down on the bed next to a â€˜frozenâ€™ Macky II, her first words were that she loved and missed him. Although she confessed she was nervous, she certainly did not show it but appeared composed.
She informed him of the events back home adding that many of their friends were tying the knot and building families.
After encouraging him to keep doing a great job, she stood up and glided out of the house as though nothing had happened. But she seemed to have left a mark on Macky II.
Malawian housemate Sipe, who has struck up a close relationship with Macky II inside the house, appeared a little low following the entrance of Macky IIâ€™s girlfriend.
She later picked up on their conversation together and advised Macky II to â€œput a ring on itâ€ adding that she would help him shop for a diamond fit for his queen.