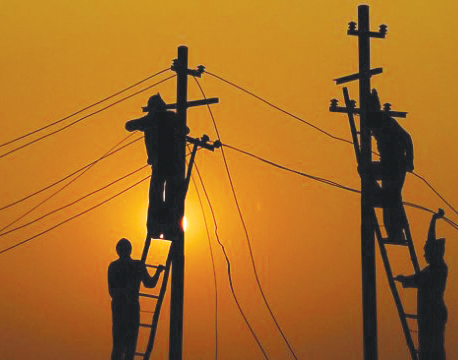 NOMSA NKANA, Lusaka
THE commissioning of the 330 megawatts Maamba thermal plant at Maamba Collieries is expected to result in reduced load-shedding from the current four to about two hours, Zesco Lusaka Division Manager Christopher Phiri has said.
Mr Phiri said load-shedding, which is currently lasting four hours, is expected to reduce further owing to the recent commissioning of the thermal-power plant, including new projects that will come on stream once completed.
Other projects that will cushion power outages are the 120MW Itezhi-tezhi power project co-owned by Zesco and Tata Africa, and the 750MW Kafue Gorge Lower.
Mr Phiri said the 2,400MW Batoka power plant in Southern Province which is expected to take off this year will also contribute to further reduction of load-shedding once completed.
He said this in an interview in Lusaka at the 56th Agricultural and Commercial Show which is being held under the theme, â€œManaging the environment for growthâ€.
â€œThe 2,400 megawatts will be shared between Zambia and Zimbabwe, with each country getting 50 percent of power. With these interventions, I can reiterate Governmentâ€™s position that load-shedding will be a thing of the past,â€ he said.
He, however, said low electricity tariffs are limiting investment in power generation in Zambia, adding that the country has the lowest tariffs in the region.
Mr Phiri also commended Government for the commitment it has shown to support the utility company in implementing these projects.
Meanwhile, Mr Phiri said in line with this yearâ€™s theme, â€˜Managing the environment for growthâ€™, Zesco has in the past two years expanded its transmission networks to cover the whole country.
He said all these projects are aimed at ensuring adequate, reliable and secure power supply for sustainable development.