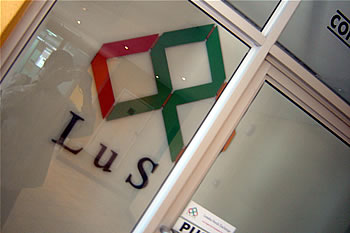 NKOLE MULAMBIA, Lusaka
THERE was an impressive trading activity on the Lusaka Stock Exchange (LuSE) last week when over K100 million turnover was recorded compared to K9.2 million in the previous week.
Out of the total income, Zambia Sugar Plc accounted for the largest chunk of K110.7 million, followed by Standard Chartered Bank which filed over K5 million and Zambian Breweries recorded K160,000.
According to LuSE weekly stock news update for September 26, 2014, almost 19 million shares were transacted in 107 trades resulting in a turnover of K116,082,344.
This is in comparison with 5,287,342 shares that changed hands in 68 trades, yielding over K9.2 million recorded during the previous week ending September 19, 2014.
Overall, trading activity occurred in 10 listed firms, namely British American Tobacco Zambia, Puma, Copperbelt Energy Corporation,
Atel (formerly Celtel), Lafarge, Standard Chartered Bank Zambia, Zambian Breweries, Zanaco, Zambia Sugar and Madison Financial Services.
Last week, the LuSE All Share Index (LASI) closed at 6,218.31 points up by 0.03 percentage points compared to the previous weekâ€™s close of 6,216.53 points.
The index rose due to price gains in most listed firms.
Meanwhile, South African stocks eked out gains on Friday, snapping a four-day losing streak, as technical factors and a recovery in European shares gave the market a late lift after it spent the bulk of the session in the red.
According to News24, the market is still under pressure and the benchmark top-40 index clocked up its biggest weekly decline since June last year and is on course for its steepest quarterly fall since the third quarter of 2011.
The index is down 3.1 perecnt this quarter, which ended on Tuesday, the biggest fall since the same quarter in 2011 when it fell more than seven percent.