TRYNESS TEMBO, Lusaka
THE Lusaka Stock Exchange (LuSE) recorded a reduction in its turnover from over K3.4 million the previous week to about K1 million last week due to a significant decline in the number of shares transacted on the local bourse.
Last week, a total of 307,441 shares were transacted in 37 trades, resulting in a market turnover of K1, 082,790 compared to 802,663 shares which were transacted in 47 trades, resulting in a turnover worth K3, 440,387 the previous week.
According to the LuSE weekly update for June 29, 2016, overall trading occurred in nine firms with the Real Estate Investment Zambia (REIZ) accounting for K936, 667 followed by African Explosives Limited Zambia (AELZ) which recorded K59,355 while the Copperbelt Energy Corporation (CEC) and Zambian Breweries registered K31,554 and K20,342 respectively.
Others companies that registered trade activity are Puma, Zambeef Products, Shoprite, Zambia Sugar and Lafarge.
On share price changes, there was no major change, with only Puma and Zambeef Products recording losses of K0.05 and K0.25 respectively.
Meanwhile, the LuSE all-share-index closed the week at 4,697.77 points, down by 0.45 percentage point compared to the previous weekâ€™s close of 4,718.94 points.
During the week under review, bonds valued at K29,046,000 changed hands in seven trades, yielding market value sales of K17, 880,000.
This is in comparison with bonds valued at K30,131,000 changed hands in nine trades, yielding market value sales of K20,940,000.
On market capitalisation, the local bourse closed at about K60 billion, translating into a marginal decrease from the previous weekâ€™s close of K60.1 billion. 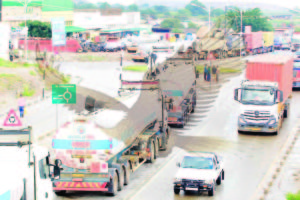