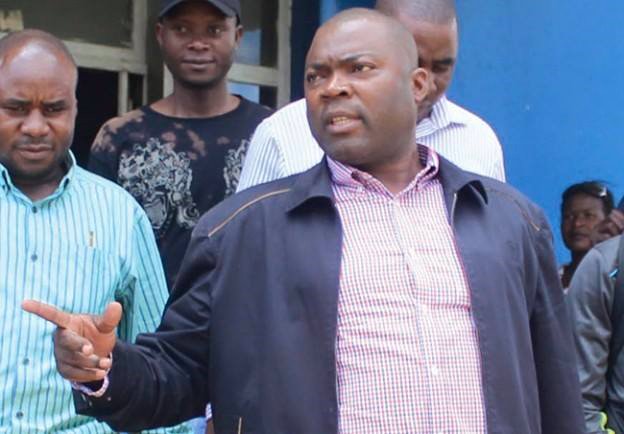 HELLEN MWANDILA, Ndola
GOVERNMENT says it will fight anyone trying to destabilise the economy by smuggling agricultural inputs and products to other countries to guarantee food security.
Copperbelt Minister Bowman Lusambo said there is need to establish formal trade with neighbouring countries where there is an available market for maize and mealie meal.
â€œAs Copperbelt Province we have what it takes to feed Zambia and the southern African region. We have to encourage our people to participate more in agriculture so that when we have surplus, our people can now sell to neighboring countries,â€ Mr Lusambo said.
He was speaking when he addressed heads of departments in the province during the introduction of newly appointed permanent secretary Elias Kamanga.
Mr Lusambo said Government would not allow unscrupulous businessmen and women to engage in the smuggling of maize and mealie meal and agricultural products because the vice could adversely affect the countryâ€™s economy.
His comment comes after police in Mpongwe on Saturday impounded a truck laden with 412 bags of fertiliser suspectd to be part of the Farmer Input Support Programme (FISP).
The truck was heading for the border town, Chililabombwe.
And Mr Kamanga warned government officials and security officers conniving with unscrupulous business people in the smuggling of maize and mealie meal that his office would deal with culprits sternly.
â€œI want to sound a serious warning; we will not allow you [government officials] to abuse the office. We need to be patriotic to our country. For me work started yesterday and we are working daily.
â€œWe shall monitor and bring perpetrators of such activities to book,â€ Mr Kamanga said.
Last week, President Lungu appointed Mr Kamanga as new permanent secretary for the Copperbelt taking over from Dr Howard Sikwela, who has been transferred to the Ministry of Community Development in the same capacity.
Before the latest appointment, Mr Kamanga was the deputy permanent secretary for the province and has also served as district commissioner and mayor for Kitwe.