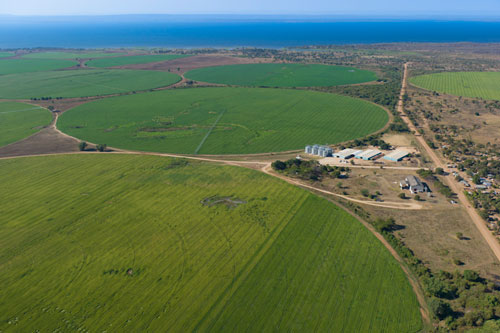 NKOLE MULAMBIA & CHISHALA MUSONDA, Mpongwe
COPPERBELT Province Minister Bowman Lusambo says Government is vigorously pursuing a public private partnership arrangement to supplement its efforts in fostering development across the country.
Mr Lusambo has also commended commercial farmers based in Mpongwe for pumping K250,000 towards the rehabilitation works of Mpongwe Machiya road.
Mr Lusambo said Government is in a hurry to ensure that development was taken to all parts of the country regardless of political affiliation.
He said this in Mpongwe yesterday when he conducted an on-the-spot check of Mpongwe Machiya road in Mpongwe yesterday.
Mr Lusambo urged United Party for National Development (UPND) Mpongwe council chairperson Benjamin Chilufya to put his political differences aside and focus on delivering to the people.
â€œI know you are UPND, but please, let us put our political affiliations aside. We have a duty to deliver to the people. So, let us work together. Government is trying to encourage councils to be engaged in PPP,â€ he said.
He said Government is diversifying the economy of the Copperbelt from copper dependance to agriculture and other precious minerals with the target being Mpongwe, Lufwanyama and Masaiti.
â€œI am happy that this year, we will have a bumper harvest, so we need to work on the roads, especially this Mpongwe-Machiya road, which is key to our farmers and to realise President Edgar Lunguâ€™s vision of creating one million jobs,â€ he said.
He said once worked on, the road would boost the agriculture sector as Mpongwe district was on a larger scale in terms of agriculture and was inviting investors to invest in the sector.
He said it was Governmentâ€™s desire to take services closer to the people and was investing in the Copperbelt rural as the province had the potential to feed the nation and region.
Later when he toured the road works, Mr Lusambo said the road works by the farmers was a result of the stakeholders meeting held recently.
Meanwhile,Chieftainess Lesa of Mpongwe expressed happiness at the works on the road which had been in a bad state for a long time.
The traditional leader said farmers had for a long time complained over the state of the road which made it difficult for them to transport their produce to other places.
â€œI am grateful with what Government is doing. We need to work together with President Lungu. Once we do that everything will work out. We no longer want him [President] to receive bad reports about Mpongwe,â€ she said.
She appealed for the expedition of road works before the next harvesting season for easy access by the farmers.
And Mr Chilufya said the Mpongwe Machiya road is an economically viable road that would connect Copperbelt to the Central Province.
Road Development Agency (RDA) Copperbelt regional engineer Ziko Banda said the authority was excited with the initiative by the farmers to conduct maintainace works on the road before it started upgrading it to bituminous standard.
Government is set to spend K300 million on the construction of Mpongwe-Machiya road to bituminous standard.