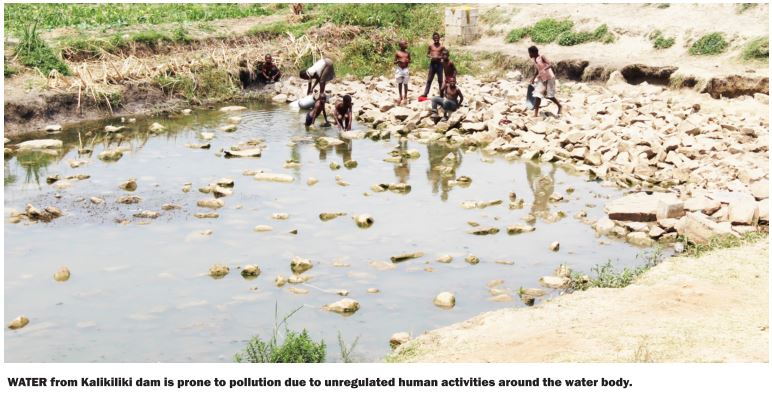 PRISCILLA MWILA, Lusaka
RESIDENTS of George, Matero and Kanyama townships in Lusaka are still struggling with contaminated water with some depending on boiled water because they have not yet received chlorine. Minister of Health Sylvia Masebo last Friday said following an environmental and water analysis in certain townships, it was discovered that water in Kanyama, Kaunda Square, Matero, George and Bauleni had been contaminated with faecal matter. Ms Masebo said they had secured 6,000 bottles of liquid chlorine from Zambia Red Cross to be distributed in the affected townships starting on Saturday.
However, a check by the Daily Mail crew in some of the affected townships found people complaining about the slow response to the situation. The crew also checked Matero Level One Hospital and George Clinic where health personnel confirmed having recorded a number of diarrhoea cases, especially last week. They could not give the actual number of cases because those in charge of such information will only CLICK TO READ MORE