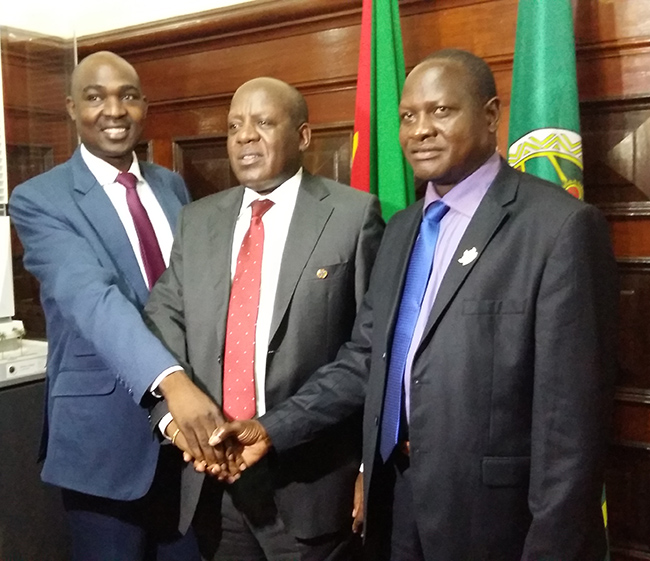 NOMSA NKANA, Lusaka
THE municipalities of Lusaka and Maputo have signed a memorandum of understanding (MoU) to enhance development and strengthen cooperation between the two cities.
The MoU covers culture, education, waste management, transport management, local finance development, promotion of investment and tourism.
During a ceremony held at the Maputo Municipal Council and witnessed by Zambia`s high commissioner to Mozambique, Japhen Mwakalombe on Thursday, mayor George Nyendwa stressed Lusakaâ€™s commitment to the MoU.
Mr Nyendwa said Lusaka and Maputo have a lot in common and emphasised that the MoU would strengthen relations between the two cities.
â€œI want to assure you that we will implement this document that we have signed today. We have seen and learnt a lot from this visit and I must mention that the two cities are similar in a number of areas of service delivery and also face similar challenges in certain areas,â€ Mr Nyendwa said in a statement released in Lusaka by Lusaka City Council public relations officer Brenda Katongola. And Maputo mayor, David Simango said he was happy to learn that Lusaka and Maputo shared similar challenges and responsibilities in the local government administration.
Mr Simango said Mozambique was in local government administration having formed their first council in 1998 when they held their first elections.
He said Maputo had an excellent process of decentralisation in the local government administration.
Mr Mwakalombe is happy that the twinning agreement, which he initiated three years ago, had finally become a reality.
Mr Mwakalombe said Maputo has advanced from the time he was posted to Mozambique in 2012 and was happy that with the twinning agreement, Lusaka would learn and share ideas with their counterparts on how they have managed to develop the city in a short time.