SYLVESTER CHISHIMBA, Lusaka
THE Matero Local Court heard how a 38-year-old man of Lusakaâ€™s Chilenje Township sexually abused his 17-year-old sister-in-law who was also his dependant.
This is a case in which Peter Kalilele, 47, of Matero Township sued Paul Chirwa for compensation for damage after the latter impregnated his niece, Ireen Mwamulele.
Kalilele told senior court magistrates Lewis Mumba and Petronella Kalyelye that Chirwa was married to Mwamuleleâ€™s older sister after impregnating her as well.
â€œI brought this man to court because he went further to impregnate my other niece, Mwamulele, who is the sister to his wife. He took Mwamulele under his roof and started paying for her education.Â  Mwamulele confirmed that Chirwa had been having sex with her. She has since given birth to his child,â€ he said.
Chirwa had promised to educate Mwamulele, especially that she is an orphan with no other family member to offer her financial support.
Kalilele said after the family found out that Mwamulele was pregnant, Chirwa admitted impregnating her and was remorseful about the incident.
â€œSurprisingly, Chirwa later denied impregnating Mwamulele,â€ he said.
Mwamulele told the court that Chirwa started having sex with her in November last year.
She said whenever he knocked off from work, Chirwa would follow her to her bedroom and force himself on her.
Mwamulele narrated that after learning of her pregnancy, Chirwa promised to give her money for an abortion but she declined.
However, Chirwa denied the allegation claiming either his nephew or son was responsible for Mwamuleleâ€™s pregnancy.
Passing judgment, the court ordered Chirwa to pay Kalilele K4,000 as compensation for damages.
The court also ordered a DNA test to be conducted to determine the paternity of the child. 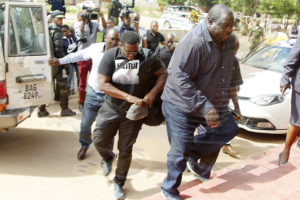 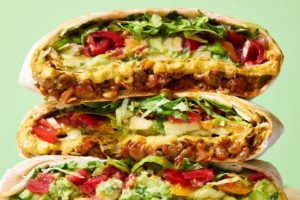