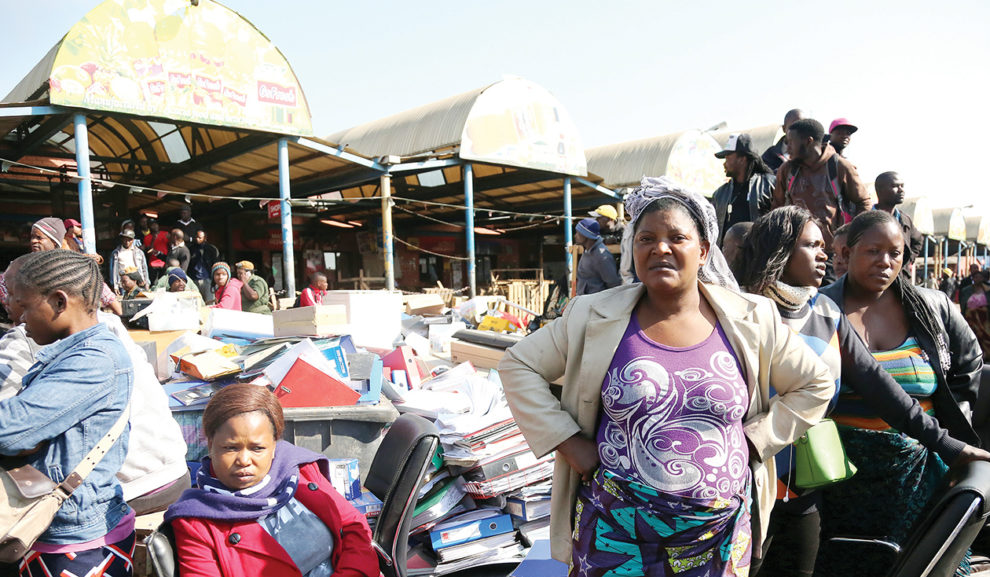 MWAPE MWENYA, Lusaka
OVER 2,000 beneficiaries, mostly women, on the Presidential Empowerment Initiative Fund (PEIF) have been affected following the gutting of Lusaka City Market.
PEIF national patron Chanda Kabwe said the organisation will partner with the office of the Vice- President through the Disaster Management and Mitigating Unit (DMMU) to support the affected traders.

He said in an interview that the non-profitable organisation, which offers interest-free loans to marketeers, has membership of between 8,000 and 10,000 countrywide.
“We are just waiting for the office of the Vice-President to conclude the investigations, then we will move in to supplement Government`s efforts in mitigating the disaster,” Mr Kabwe said.
And Mr Kabwe said K100,000 has been set aside for marketeers at Lusaka`s Kamwala market and is expected to be disbursed before the end of this month.
He said a financial institution has been engaged to sensitise beneficiaries of the funds on how to manage their businesses and ensure that they pay back to enable others to benefit.
Mr Kabwe said it is unfortunate that most beneficiaries fail to pay back the loans, making it difficult for the organisation to operate.
“We have lost K5 million due to non-payment of loans by beneficiaries. This is sad because it is affecting our operations and also denying other marketeers the opportunity to benefit,” he said.
He said the organisation will continue helping businessmen and women despite their political affiliation and social status.
“People should know that this is not politically motivated, the funds are aimed at empowering small-scale businesses men and women in the informal sector to help create employment,” he said.
PEIF was established and launched in November 2015 by President Lungu and about 10,000 marketeers have since benefited.