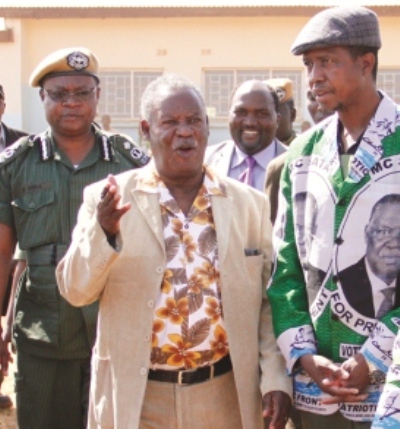 KELVIN CHONGO, Lusaka
PATRIOTIC Front (PF) secretary-general Edgar Lungu has warned that he will not tolerate internal wrangles in the ruling party.
Mr Lungu said those not comfortable with him as chief executive officer of the PF party must leave while the doors are wide-open.
â€œI donâ€™t want to be forced by President Sata to expel any member from the party,â€ Mr Lungu said.
He was speaking in Lusaka yesterday after receiving 10 defectors from the MMD, United Party for National Development and Alliance for Democracy and Development (ADD).
Mr Lungu said unity in PF is cardinal and without it, the party will go nowhere.
He said without unity, other political parties will grow at the expense of the PF.
Mr Lungu also said the PF would soon embark on massive country-wide mobilisation.
Earlier, PF cadres man-handled four provincial officials and threw them out of the meeting for allegedly supporting former PF secretary-general Wynter Kabimba.