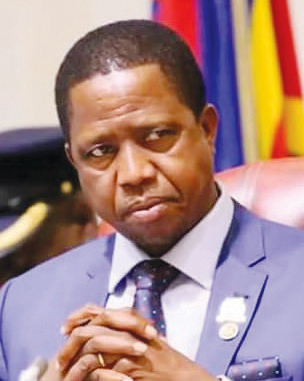 JACK ZIMBA
Chavuma
PRESIDENT Edgar Lungu has once more weighed in into the long-standing conflict between the Lundas and Luvales of North-Western Province, urging them to bury their differences and live in harmony and peace.
The head of State, who is on a three-day working visit to some districts of North-Western Province, made his first stop in Chavuma, which lies on the border with Angola.
He was greeted by hundreds of residents, many of them clad in Patriotic Front (PF) colours.
The President said he has received reports of conflict between the two ethnic groupings, which is of concern to him.
“We are ‘One Zambia, one nation’, and I have received reports that there are a lot of hotheads in this area on issues of tribe.
“My message is let us live in harmony without even rivers dividing us, whether you are Luvale, Lunda or Chokwe,” he said. CLICK TO READ MORE