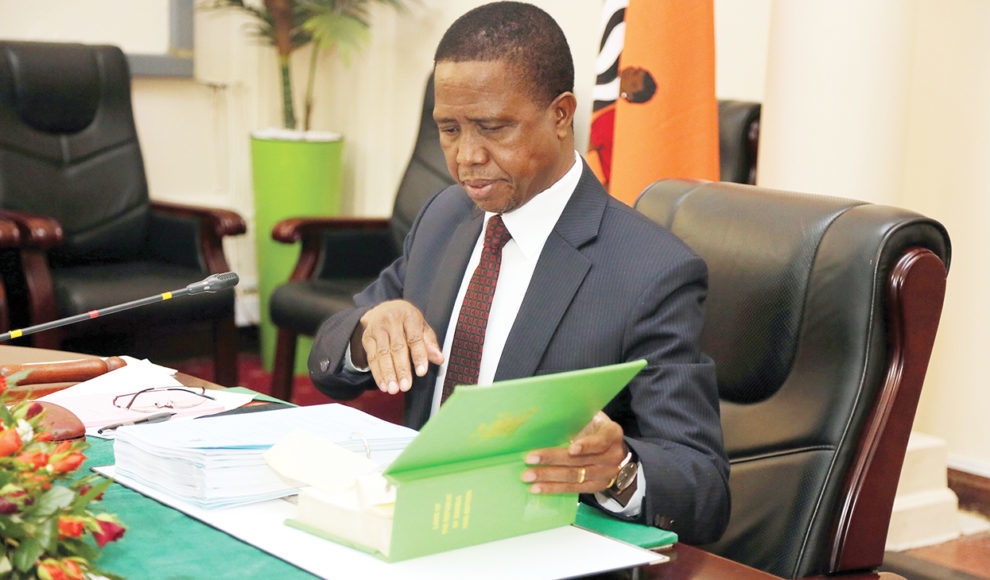 CHOMBA MUSIKA, Lusaka
THE US$360 million New Kenneth Kaunda International Airport (KKIA) was commissioned yesterday, with President Edgar Lungu describing the ultra-modern facility as a magnificent flagship of transformation his administration has presented to Zambians to better their welfare. President Lungu said building of legacy projects like KKIA and the Simon Mwansa International Airport plus many other infrastructure is testament of the Patriotic Front’s (PF) resolve to turn around the country’s fortunes. The head of State said implementation of various economically viable projects in the last few years should encourage citizens to re-elect PF in Thursday’s general election. “It [KKIA] represents our legacy as a leadership that has transformed Zambia through infrastructure development. “This is why we deserve to CLICK TO READ MORE