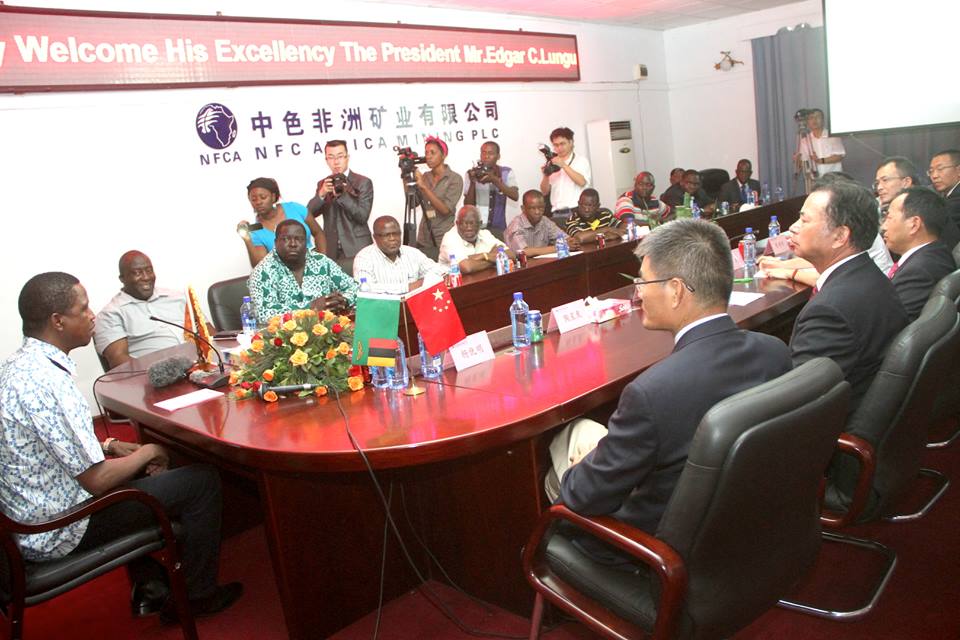 HONE SIAME, Mufulira
PRESIDENT Lunguâ€™s intervention has secured the jobs of 1,600 miners at China Non-Ferrous Metal Mining Corporation Luanshya Copper Mines (CLM). The miners are on forced leave.
The decision to keep the miners in employment was made during a closed-door meeting which President Lungu held with CLM management at Non-Ferrous Mining Corporation Africa (NFCA) Chambishi mine also attended by Chinese Ambassador to Zambia Yang Youming.
President Lungu has also said Government will not allow Mopani Copper Mines (MCM) to retrench 4,000 workers.
Speaking when he addressed journalists in Mufulira yesterday, the President said it has been agreed with CLM management that all the 1,600 miners will remain on the payroll as the mining firm continues to reorganise itself.
â€œI am happy to announce that I had a successful meeting with management of Luanshya Copper Mines where we have agreed to keep the jobs of all the 1,600 miners. I have made my position clear that I will not allow any job losses in the mining industry. Management and the mineworkers union leaders will tomorrow (today) have a meeting to look at issues that could help to make the mine to continue being productive,â€ Mr Lungu said.
President Lungu said Government values CLMâ€™s investment and it would want the mining company to continue operating even in these challenging times.
The President also emphasised the need for skills transfer from Chinese experts to Zambians so that local people can acquire the necessary expertise to manage the mine.
He said Government is open in engaging managements of mining companies in finding solutions to the challenges that the mining sector is facing.
CLM chief executive officer Chu Wang said management will adhere to the agreement with President Lungu to sustain the 1,600 jobs at Baluba mine.
He, however, said the massive load shedding and a slump in copper prices on the international market have adversely affected the mining companyâ€™s revenue base.
And speaking when he addressed a rally at Shinde Stadium in Mufulira yesterday, President Lungu also said Government will not allow MCM to retrench 4,000 workers.
He said Government is capable of securing other investors if MCM indicates that it has failed to run the mine
â€œI will not allow Mopani to retrench 4,000 workers because when copper prices are okay, Mopani does not increase salaries for Zambian workers.
â€œI would like to state that if they have failed to run the mines, they should tell us so that we can find other investors,â€ President Lungu said.
And Minister of Information and Broadcasting Services Chishimba Kambwili advised Mufulira residents not to be misled by some opposition leaders who are blaming President Lungu for the power deficit and the depreciation of the Kwacha.
â€œI want to caution you not to allow anyone to come and mislead you that President Lungu is the one who has caused load shedding and the depreciation of the Kwacha.
â€œLoad shedding has been caused by the poor rainfall that the country experienced last year while the depreciation of the Kwacha is as a result of the fall of copper prices on the international market,â€ Mr Lungu said.
President Lungu was still in a closed-door meeting with MCM management by press time. 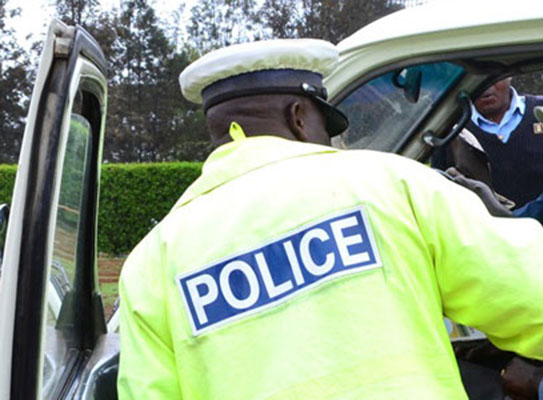