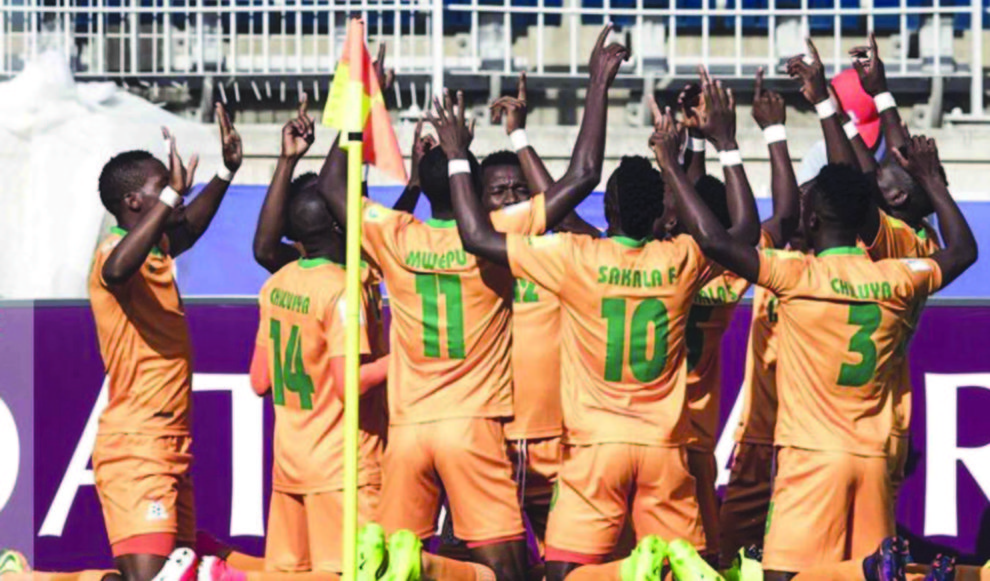 HONE SIAME, Lusaka
THE Under-20 national team may have left South Korea’s Suwon World Cup Stadium sobbing following their elimination from the World Cup but there is one voice among many encouraging them to take heart in their historic run at the best sports platform.

The team, which reached the quarter-finals of the World Cup for the first time following their 4-3 victory over Germany last week, went down 2-3 to Italy in an emotionally taxing and energy-sapping clash yesterday.

President Lungu, who has keenly followed the championship and encouraged the boys throughout, urged them to raise rather than drop their collective chin. They are geniuses, he said.
“Well done, boys. You have done us proud. There are moments like this when you have done everything to win but the fortunes just favour your opponent. I have hope that we are on course towards the creation of a formidable senior national team from this crop of young players.”
The President goes on: “The genius of this young team lies in their extraordinary fighting spirit and unity of purpose. Their extraordinary enduring spirit is a great inspiration to the entire nation. We salute their achievements at the World Cup. On behalf of the Government and people of the Republic of Zambia, and indeed on my own behalf, l wish them the very best in future assignments.”
Zambia were the only African team standing at the World Cup as Guinea, Senegal and South Africa were sent home after the first hurdle at the 32-team championship that concludes this weekend.
It was Zambia’s third appearance at the biggest age-restricted competition having won the continental championship the country hosted in March.
In 1999 in Nigeria, at their first time of asking, Zambia were kicked out at the preliminary stage, went one step further in 2007, but were ironically knocked out by Nigeria.
This year’s team had a lot of promise and dispatched former champions Portugal, Iran and Germany although they lost a dead rubber encounter against Costa Rica.
President Lungu is happy with the boys for putting up a gallant fight.
In a statement issued by his special assistant for press and public relations Amos Chanda yesterday, Lungu said although the Junior Chipolopolo lost yesterday’s quarter-final against Italy, they are still heroes because of their extraordinary enduring spirit and unity of purpose they exhibited throughout the tournament, which is a great inspiration to the entire nation.
He said the boys have taught the entire nation a myriad of lessons and particularly the importance of rising above self and embracing unity of purpose in every aspect.
President Lungu says the team have made the entire nation proud by putting Zambia on the world map and representing Africa very well, hence the need for the entire nation to rally behind the team.
He wants the team to be nurtured into a formidable senior team because of its great potential.