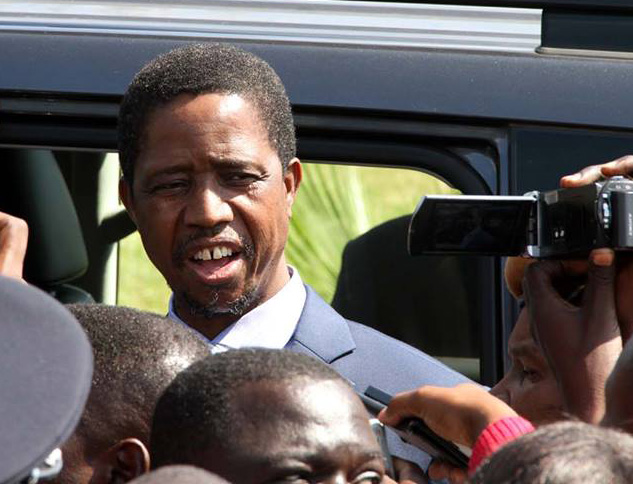 STEVEN MVULA, KELVIN KACHINGWE, Mungwi
PRESIDENT Lungu says he will institute a thorough audit of the Ministry of Chiefs and Traditional Affairs following complaints by chiefs that wrong people are being recognised as traditional leaders.
Speaking here during the coronation of Henry Sosala as Paramount Chief of the Bemba-speaking people at Ku Mwende Ngâ€™ombe grounds, President Lungu said he would find out why chiefs are dissatisfied with a ministry charged to look after their affairs.
In his speech, the new Chitimukulu made reference to the Ministry of Chiefs and Traditional Affairs, saying it had caused an uneasy feeling in the way it handled certain cases involving chiefs who had been found unworthy of holding office.
Minister of Chiefs and Traditional Affairs Joseph Katema made a short response, saying the ministry is not there to interfere in the traditional leadership but to assist them in running their affairs.
But President Lungu, who was invited to speak by Dr Katema, went further to re-assure the Chitimukulu on the importance his Government attaches to the traditional leadership of the country.
â€œI will find out why you are dissatisfied with the Ministry of Chiefsâ€¦ chiefs are vital in the development of the country because they are closer to the grassroots,â€ he said.
â€œAs a country, we should at all costs avoid situations that trigger disunity in chiefdoms, but instead we should be preaching peace and unity.â€
Mr Lungu said Government will continue to uphold and respect traditional events because of the significant and positive role they play in unifying people.
He said Government would also remain resolute in providing support to Northern Province and other regions in the country in a bid to meet peopleâ€™s needs and aspirations. He said Government would implement development projects in all chiefdoms across the country.
â€œI am also elated to be associated with the Link Zambia 8000 project whose progress has been tremendous as can be seen from projects such as Mbala-Nakonde road, Kasama-Mporokoso road, Kasama-Mbesuma road and Luwingu-Mansa road,â€ he said.
The President outlined a number of initiatives that are being implemented in the Northern Province to enhance the livelihoods of the people, including the ban on the movement of cattle in Mbala and Mpulungu in order to curb the spread of foot and mouth disease.
Other measures being undertaken include construction and rehabilitation of livestock infrastructure with five dip-tanks under construction, while four are under rehabilitation in Mbala at a cost of K809,047.88
There is also the construction of the regional veterinary laboratory at a cost of K3.6 million, which is under way in Kasama.
â€œConstruction of community and public infrastructure under the livestock infrastructure programme is also under way. The project is being funded by the Zambian Government in partnership with the African Development Bank.
â€œGovernment has also revamped operations at Kalungwishi ranch to improve cattle breeding stock in the province. So far, the ranch has 60 breeding stock,â€ President Lungu said.