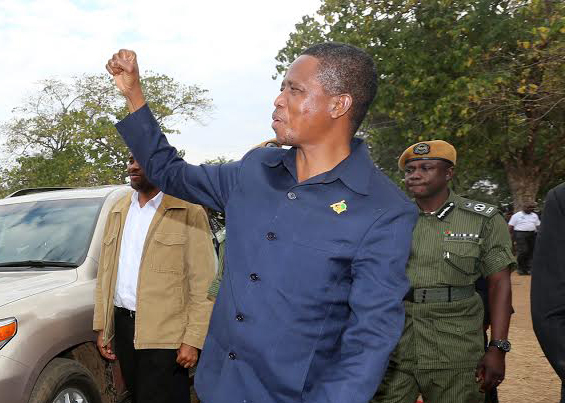 MIKE MWENDA, Lusaka
THE PATRIOTIC Front (PF) says the continued defections of members of opposition political parties to the ruling party is proof of Zambians being inspired by President Lunguâ€™s leadership style of inclusiveness.c
PF vice-chairperson in the national mobilisation committee Nigel Mpakateni said the PF is a progressive party as evidenced by the many people joining it.
Mr Mpakateni said this in Chawama township in Lusaka yesterday when he received over 50 new members from various opposition political parties.
He said most Zambians want to work with the PF as it is a party of national character.
Mr Mpakateni said that opposition political parties are slowly diminishing as they have nothing to offer Zambians.
â€œThey (opposition) are accusing President Lungu of being the cause of load-shedding. This is pure politicking as we all know that the current massive load-shedding is as a result of climate change,â€ he said.
He directed the partyâ€™s mobilisation team to work hard and ensure more members join the ruling party.
Mr Mpakateni further implored members to accept new members from other political parties who are willing to work with the ruling party.
PF member Kelvin Mayondi said the recruitment of new members is a sign that the PF has an attractive manifesto.
Former United Party for National Development (UPND) Chawama constituency ward four chairperson, Bernard Pius Phiri, who is one of the new PF members, accused his former party of being a â€œfamily partyâ€ which has failed to offer Government issue-based checks and balances.
â€œDuring my resignation from the UPND, I informed them of my decision to join PF because the opposition is finished and many others will follow me.
â€œTrue to my word, I have today decided to join PF as it is the only party capable of developing this country,â€ Mr Phiri said.