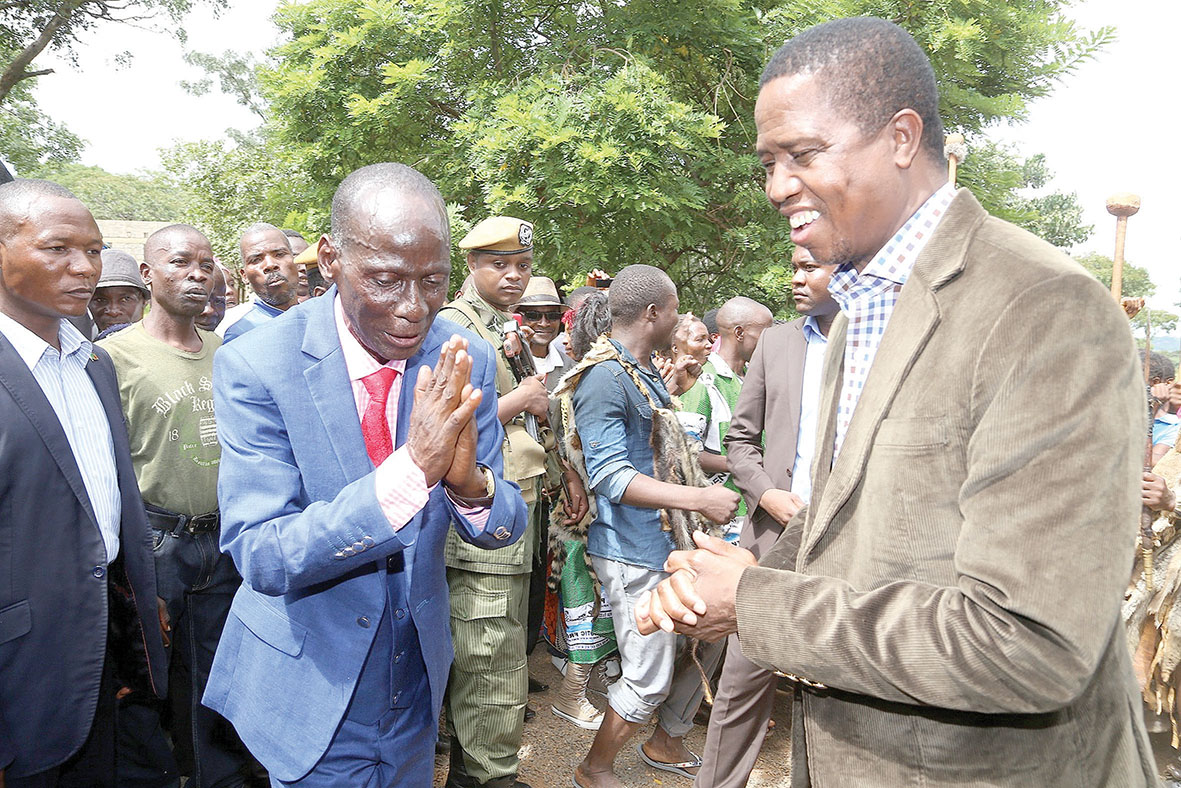 PRESIDENT Edgar Lungu has performed exceptionally compared to his predecessors despite being in office for a few years, Paramount Chief Mpezeni, of the Ngoni, has said. Chief Mpezeni says the President has transformed the country through infrastructure which has been put up countrywide. He was speaking at Ephedukeni palace yesterday when the Edgar Lungu Multipurpose Empowerment Co-operatives (ECL-MPEC) donated assorted items to 900 cooperatives in Eastern Province. “I know President Lungu is different from all his predecessors because we have seen the developmental projects that he has done across the country. “We have seen with our own eyes the bridges, hospitals and roads being constructed under President Lungu’s Government,”he said.  The traditional leader said President Lungu has improved the road network as most motorists are now enjoying their rides. He said the head of State should be commended for working tirelessly to CLICK TO READ MORE