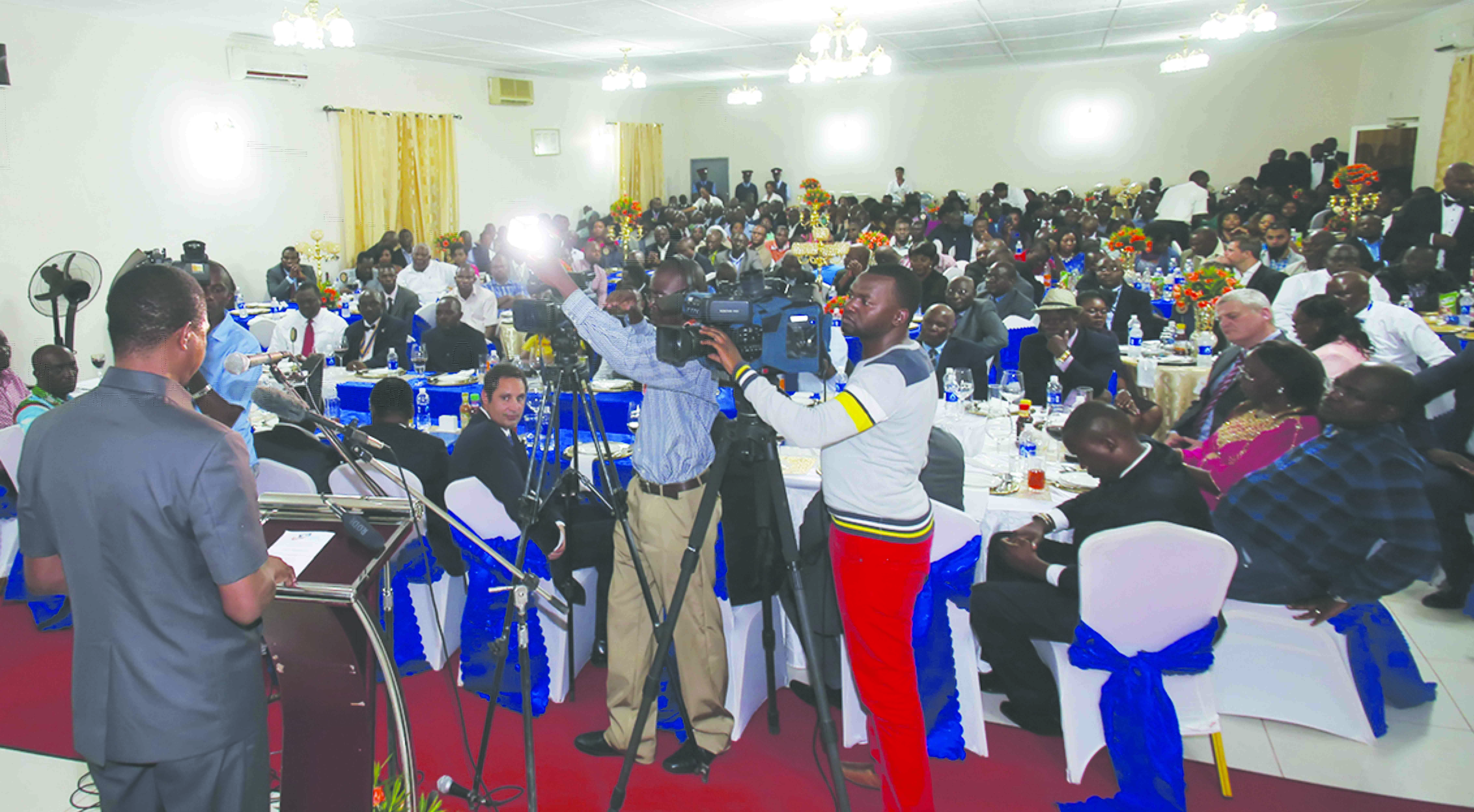 CHARLES CHISALA, Lusaka
PRESIDENT Lungu has just demonstrated that he is on a mission to transform Luapula from the Cinderella province it has been for the last 30 years into an industrialised and low-poverty region.
Last week, he temporarily locked away the â€˜mountainâ€™ of paper work and a hand-thick calendar of scheduled meetings on his duty table at State House and headed for Mansa.
His tour of duty has rekindled hope in the province, and the onus now lies squarely on the shoulders of government officials to implement his directives.
A casual glance at the forbidding programme was enough to convince any skeptic that the man has been losing sleep over the plight of the people of Luapula.
Judging by his serious pronouncements, the number of government-funded development projects he inspected and meetings he addressed, it is safe to believe that the province will have a completely new outlook under President Lunguâ€™s watch.
While in Kawambwa, President Lungu inspected Chishinga ranch, the rejuvenated Kawambwa Tea Company and the Zambia Forest and Forestry Industry Corporationâ€™s (ZAFFICOâ€™s) tree plantation.
Addressing residents later at Katungu Primary School, the President made it clear that the massive confidence and trust the people of Luapula exhibited in him when they overwhelmingly voted for him in the August 11, 2016 general elections could not go unacknowledged.
He thanked and assured them that he will not allow the province to remain the least developed region it has been for decades.
And they have no reason to doubt him.
â€œWithout Luapula, we would have not managed to beat the 50 percent plus one [vote] threshold. We would have been outside. Yet, Luapula is impoverished. I have no choice, but to bring development here,â€ the President told his cheering audience.
President Lungu said he was confident that in the next five years, Luapula would be a developed region.
â€œWe will build roads, schools, health centres and bring you electricity. This is not a campaign message, but a promise,â€ he said.
There was a reason President Lungu picked the flagship Chishinga ranch which sits on 44,000 hectares of land as his first port of call on his tight itinerary.
The ranch is meant to be the livestock breeding centre for the entire northern part of Zambia as the country accelerates its economic diversification drive.
Luapula is free from animal diseases that have perennially decimated herds in the traditionally pastoral Southern and Western provinces. With an abundance of water, fertile soils and fairly good road network, it is the perfect choice for such a venture.
But the President expressed dismay at the state in which he found the State ranch. He was far from amused with the general dilapidation and shrinking of its land cover from the original 100,000 hectares to 44,000 hectares.
President Lungu directed Minister of Housing and Infrastructure Development Ronald Chitotela and Luapula Province Minister Nickson Chilangwa to table the issue during the next Cabinet meeting.
He was even more piqued when he learned that almost all the operational and administrative decisions have to be made by the bigwigs at Mulungushi House in Lusaka, almost a thousand kilometres away.
â€œI may have to crack the whip. This situation cannot be allowed. Luapula is animal-disease free, yet there is nothing happening here. Saudi Arabia wants a million goats, but you are running down this facility,â€ President Lungu said.
After touring the ranch, he demanded to know from Mr Chitotela and Mr Chilangwa why the important facility looked rundown with only 80 goats and 175 cattle.
In Lunga district, where the only means of transport is water, President Lungu complained about a festering problem, which poses a serious threat to the successful implementation of his development agenda for the province.
He noted that there is no collaboration among the seven ministers he has appointed from the province.
The President was not the first to notice this worrying situation. Senior Chief Mwewa of the Ngâ€™umbo people of Samfya district had earlier advised the ministers to take advantage of their big number to lift the region out of decades of poverty and underdevelopment.
â€œWe are grateful to President Lungu for appointing such a high number of ministers from our province. It is now up to the ministers to take advantage of this gesture by working closely with traditional leaders to develop the province. They donâ€™t seem to be working as a team,â€ Chief Mwewa said.
And Chief Chisunka of the Ushi people of Mansa recently complained that ministers were not involving traditional leaders in the planning and execution of government programmes.
People want to see a change.
Luapula has in the current Cabinet Mr Chitotela, Mr Chilangwa, Minister of Health Chitalu Chilufya, Minister of Energy David Mabumba, Minister of Defence Davies Chama, Minister of Community Development Emerine Kabanshi and Minister of General Education Dennis Wanchinga.
Patriotic Front secretary general Davies Mwila is also a son of the soil. What else can a province ask for?
Will it be fair for the busy President to personally supervise development in the region when he has an entire â€˜football teamâ€™ of ministers to help him?
Seven ministers should be a formidable team capable of pulling a development feat in record time.
The people of Luapula are thirsty for development. It has eluded the province for too long and all those who have a role to play should pick up from where the President has left.
Speaking on behalf of the chiefs, Chief Nsamba of the Unga people made a passionate appeal to the President to help open up water canals which are the provinceâ€™s main means of transport.
Chief Nsamba said in other parts of the country, roads have been and are being built but in Luapula there has been little investment.
Consolingly, Mr Chitotela recently gave the people of Luapula a reason to be hopeful when he pledged that he will ensure that all the running projects and those that had stalled will be completed.
Perhaps the province is on the threshold of a rebirth this time around.