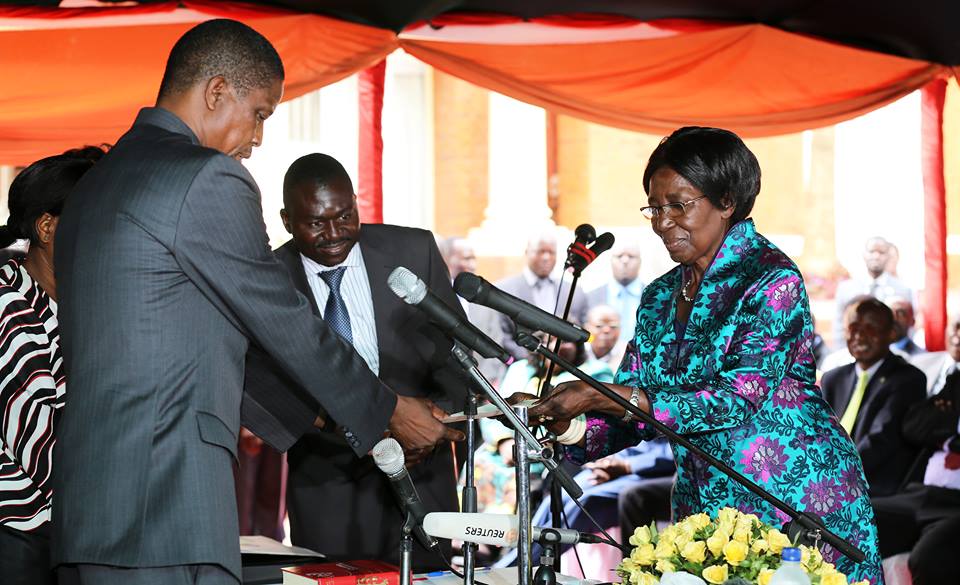 CHAMBO NGâ€™UNI, Kabwe
A FORMER member in the Young Women Christian Association in Central Province has commended President Edgar Lungu for appointing Inonge Wina as Zambiaâ€™s first female Vice-President.
Symphrosa Chomba said the appointing of Mrs Wina is a blessing and a wise decision by Zambiaâ€™s sixth President who beat other 10 presidential candidates in the January 20 presidential election.
â€œItâ€™s a blessing that we have Inonge Wina as our first female Vice-President in our country. She is the right person for this position because she is a mature person,â€ Mrs Chomba said.
Mrs Chomba, who served as Central region YWCA region coordinator between 1996 and 1998, said Mrs Wina is a nationalist and her leadership credentials are exceptional.
Mrs Chomba noted that Mrs Wina will support Mr Lungu because she stood by him when the Patriotic Front was experiencing leadership wrangles following the death of President Sata in London in October last year.
â€œMr Lungu should be commended that Zambia, for the first time, has a woman as a vice-president,â€ she said. â€œThis is actually long overdue.â€
Meanwhile, Mrs Chomba has praised Forum for Democracy and Development president Edith Nawakwi for having been the only female candidate in the just-ended presidential election.
â€œ1â€™am commending Ms Nawakwi for coming out third in the race of 11 candidates who were all men,â€ Mr Chomba said.
Mrs Chomba said Ms Nawakwiâ€™s campaigns were issue-based and she exhibited maturity.

When women resort to muti: Is there cure for marriage?
Wina appointment cheers Lusaka residents