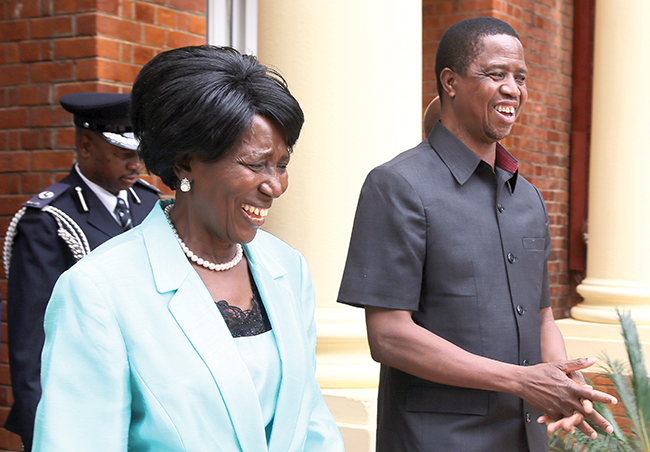 STEVEN MVULA, PRISCILLA MWILA
Parliament
THE issue of President Edgar Lungu’s eligibility to contest next year’s elections was competently settled by the courts of law and it is now a closed matter, Parliament heard yesterday.
Vice-President Inonge Wina told the House that the debate on whether or not President Lungu is eligible to contest elections has been extensive and it is a settled matter.
“This matter has been debated extensively and the courts settled it. So it rests in that domain,” Mrs Wina said.
She was responding to Chifubu Member of Parliament (MP) Frank Ng’ambi (PF) who wanted to know if the court’s ruling on President Lungu’s eligibility was clear and CLICK TO READ MORE