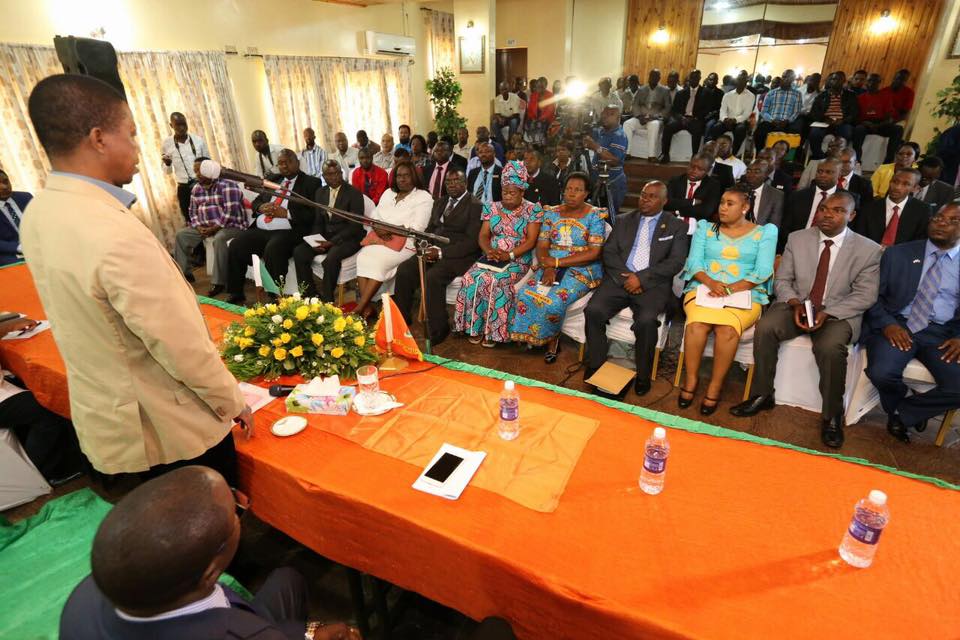 DARLINGTON MWENDABAI, Chipata
PRESIDENT Lungu has challenged the business community to set up processing plants and start producing finished goods locally.
He said Government was providing a favourable business environment in agriculture and railway subsector but the business community was not taking advantage of the opportunities.
The President wondered why Eastern Province, which contributed immensely to Zambiaâ€™s food basket, did not produce finished products.
He said this when he met Chipata-based bank managers, agro dealers and Zambia National Farmers Union (ZNFU) officials in Chipata recently.
President Lungu was winding up his fact-finding tour of the province.
He came to ascertain how the electronic voucher (e-voucher) system under the Farmer Input Support Programme (FISP) was doing and whether army worms had been contained
The President also held meetings with traditional leaders, religious leaders and party officials.
â€œI am wondering; why are businessmen and womenÂ  not taking advantage of the opportunity to start producing finished goods by setting up processing industries? We have a market locally and in neighbouring countries,â€ he said.
President Lungu said Government was boosting the agriculture sector but needed the support of all key players like the farmers, business community and bankers.
He said there was no need to grow maize in Chipata and have it procesed into mealie-meal in Lusaka or Ndola.
President Lungu challenged the business community to start adding value to agricultural produce by setting up processing plants.
He said there was no need to start giving excuses such as lack of markets when the government recently impounded a number of trucks smuggling maize or mealie-meal into neibouring Malawi and Mozambique.
President Lungu said the market was available both locally and in the region.
And President Lungu says a proactive business person will start finding ways to invest in the rail system the government was extending from Chipata-Petauke-Serenje to the Democratic Republic of Congo.
He said any business person with foresight and vision would take any opportunities from the benefits the railway would bring in the next five years.