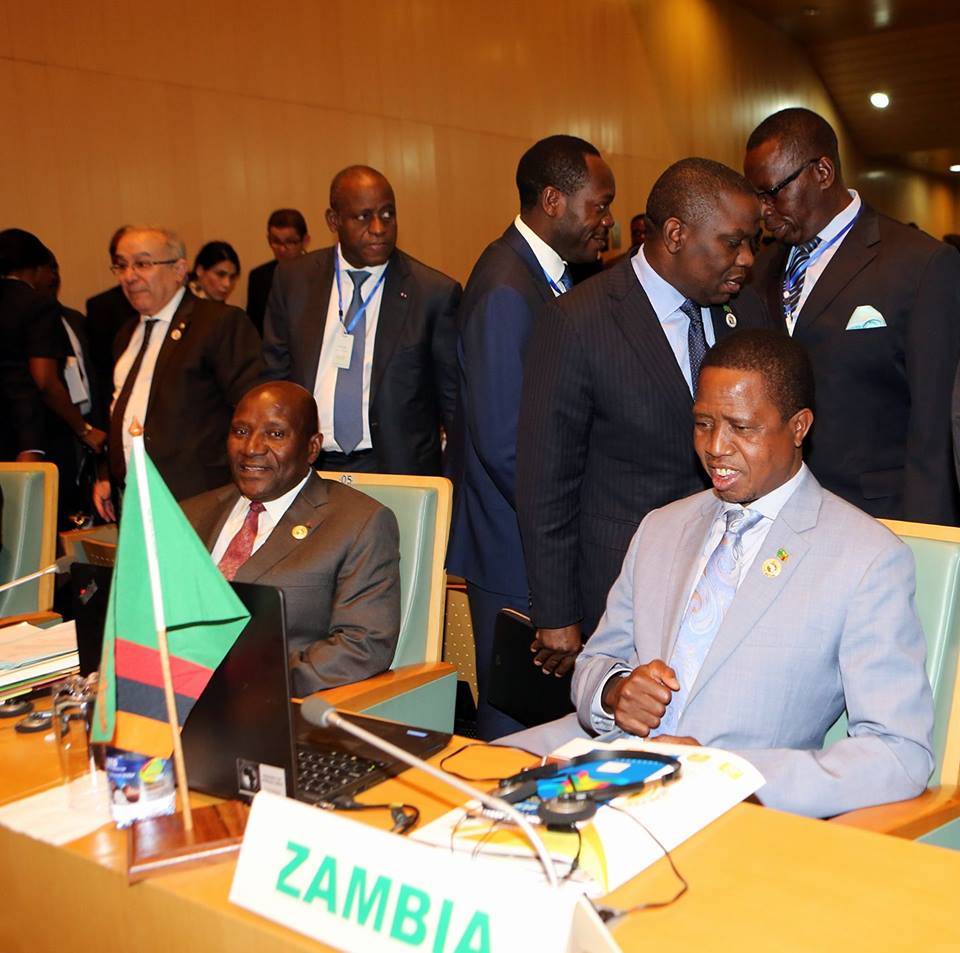 CHIMWEMWE MWALE, Addis Ababa
PRESIDENT Lungu was yesterday among several African heads of State and representatives of Government who attended the 26th session of the heads of State and Government of the African Peer Review Mechanism (APRM) forum at the African Union (AU) headquarters.
The APRM forum is a specialised agency of the AU which was initiated in 2002 and established in 2003 by the AU in the framework of the implementation of the New Partnership for Africaâ€™s Development (NEPAD).
President Lungu was accompanied to the session by Minister of Foreign Affairs Harry Kalaba, Minister of Justice Given Lubinda, Zambiaâ€™s ambassador to Ethiopia Susan Sikaneta and special assistant to the President for press and public relations Amos Chanda.
This was at the on-going 28th ordinary session of the Assembly of heads of State and Government of the AU here, which started on Friday and ends on Tuesday.
APRM forum chairperson Uhuru Kenyatta said the number of reviews on governance has significantly improved as five more member states have applied to be reviewed.
Mr Kenyatta, who is Kenya President, said it is gratifying that the APRM forum has also witnessed peaceful elections and transitions in Zambia and other countries such as Ghana and Nigeria among others which recently held general elections.
He said contrary to â€œanticipation by the outside continentâ€, Zambia and other African countries which held elections recently have demonstrated that individual African countries can manage democratic processes peacefully.
He called for unity among African countries as the continent collectively pursues the Africa Agenda 2063.
And African Union Commission (AUC) deputy chairperson Erastus Mwencha said member states should support home-grown solutions to effectively deliver APRM programmes for African countries to succeed in governance.
Meanwhile, Namibia is the newest country to join the APRM forum with its President Hage Geingob, appending the signature to the ses-sion memorandum of understanding yesterday.
The APRM is a tool for sharing experiences, reinforcing best practices, identifying deficiencies and assessing capacity-building needs.
This is to foster policies, standards and practices that lead to political stability, high economic growth, sustainable development and accelerated sub-regional and continental economic integration.
Member countries use the APRM to self-monitor all aspects of their governance and socio-economic development.
AU stakeholders participate in the self-assessment of all arms of government (executive, judiciary and legislature), the private sector, civil society and the media.
The APRM review process gives member states space for national dialogue on governance and socio-economic indicators and an opportunity to build consensus.