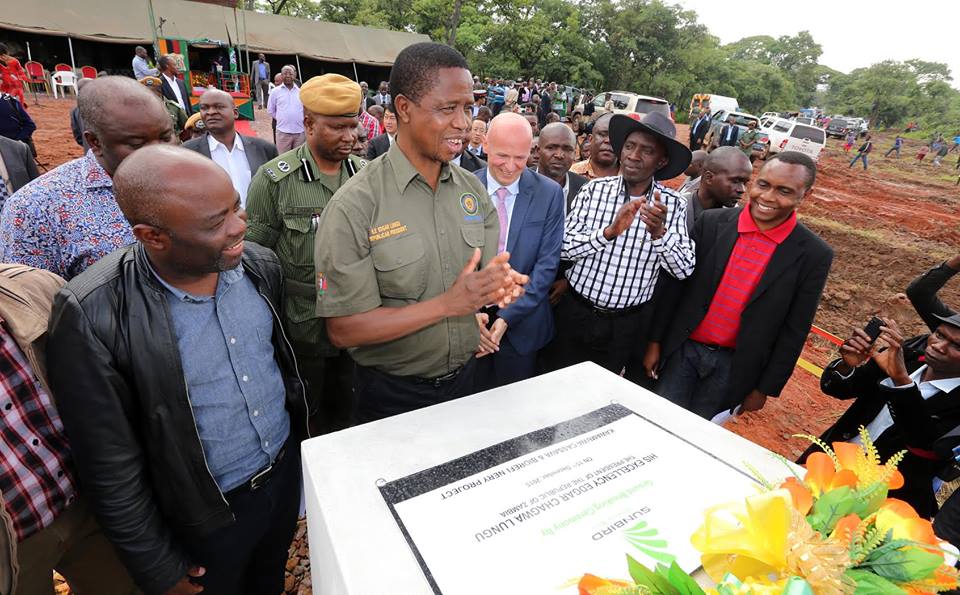 ALVIN CHIINGA, Mansa
LUAPULA Province deputy permanent secretary Joyce Nsamba has said people in the province are elated at the massive developmental projects currently under-way.
Mrs Nsamba said the people are particularly happy with the US$190 million bio-fuel plant in Kawambwaâ€™s Luena farming block which was commissioned by President Lungu in December last year.
â€œPeople of Luapula Province are extremely happy at this project which is scheduled to start production in 2017 and is envisaged to produce 120 million litres of bio- ethanol annually and create over 600 new jobs for locals,â€ she said in an interview.
Mrs Nsamba also said the agriculture sector in the province has performed well taking advantage of the conducive climate in the region.
She said the Mansa sugar project which is going to be implemented in Chembe district under the Chembe multi-facility zone is one of the projects that have elated the locals in the province.
Mrs Nsamba said the numerous jobs that are going to be created by the projects will help in reducing poverty levels in the area.
She further said people in the province are happy with governmentâ€™s call to diversify Luapulaâ€™s economic activities from the traditional fishing to farming because it will help boost the local economy.
Mrs Nsamba said Luapula Province has been lagging behind in many economic fronts despite having a lot of potential in many sectors such as tourism industry and agriculture.