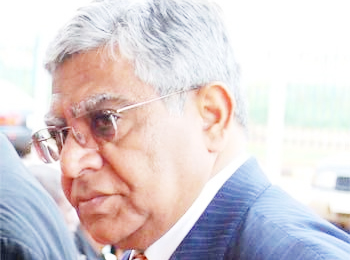 Dr Rajan Mahtani donated K500,000 on behalf of Sunboard Bio-Energy while PICZ board chairperson Susan Msoni donated K350,000 on behalf of the insurance company.
The donations were made on Friday night in Lusaka during the commemoration of the PICZ’s 25 anniversary. The expo will be held from July 26 to 30.
And receiving the donation, Luapula Province Minister Nixon Chilagwa thanked Dr Mahtani and his Group of Companies for the gesture, saying it was time to unveil the potential that the prov¬ince has.
Mr Chilangwa said Luapula can no longer remain Zambia’s Cinderella province when it has great potential that has largely remained unexplored for decades.
He called for more support to open the prov¬ince to more investors in various sectors of the economy.