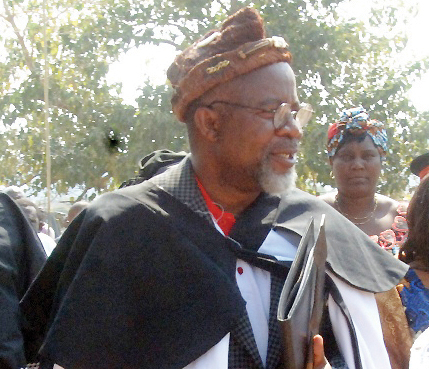 By STEVEN MVULA
A TRADITIONAL leader in Chienge in Luapula Province is concerned that Government has not put in place adequate measures to screen for the Ebola virus disease (EVD) at Lunchinda border with the Democratic Republic of Congo (DRC).
Dr Katele Kalumba, whose traditional title is Natende Walushiba (Mother of all Chiefs), said while a lot is being done by Government at national level to prevent an outbreak of the deadly haemorrhagic fever, border districts like Chienge are at high risk because primary public screening is not available.
Dr Kalumba, a former Minister of Health, said this in an interview in Chienge on Sunday.
But Luapula Province permanent secretary Chanda Kasolo said Government has scaled up screening for Ebola to prevent an outbreak.
â€œThe border with the DRC is very porous and there is no screening equipment and the health staff is poorly equipped. If Ebola broke out, it would be disastrous,â€ Dr Kalumba said.
He appealed to Government to be practical and to stop theorising the issue.
â€œGovernment needs to step up its surveillance, especially at Chienge, Mpulungu, Nakonde and Kasumbalesa. The measures in place so far are not enough,â€ Dr Kalumba said.
But Mr Kasolo said the lack of resources has been a stumbling block in preparedness programmes for Ebola
Mr Kasolo said there are over 100 places along the border with DRC where screening facilities are supposed to be set up, an undertaking he described as costly.
â€œWe are very scared if this thing [Ebola] crosses into Zambia. But we have not sat back. We have identified the most vulnerable places,â€ Mr Kasolo said
He said Government will this week put in place stringent measures along the border with DRC but that sensitisation programmes on Ebola have continued.
Meanwhile, CHOMBA MUSIKA reports from Choma that following the outbreak of EVD in West Africa, over 80 residents of Choma from the public and private sector converged on Adastra Primary School on Friday for an EVD information disseminating meeting.
Speaking during the opening of the meeting convened by the Southern Province medical office, Southern Province permanent secretary Anne Sinyangwe urged the media to play an active role in disseminating information on Ebola prevention.
In a speech read for her by Southern Province administrative officer Jeram Zulu, Ms Sinyangwe said Government wants information on prevention of Ebola to reach all districts in the region.
â€œAs the provincial administration, we want this information on Ebola to reach all the outskirts and districts,â€ Ms Sinyangwe said.
Southern Province medical officer Jelita Chinyonga said her office will ensure that residents are equipped with enough information on Ebola so that they can know how to keep the disease in check.
â€œWe have this meeting because we donâ€™t want Ebola to come to Southern Province and we donâ€™t want it to come to Zambia,â€ Dr Chinyonga said.
She said health personnel in the region, especially those in border areas, have been sensitised on how to prevent and contain Ebola
â€œSince the outbreak of Ebola we have heard of nurses and doctors dying after treating people with Ebola, so we have sensitised all our staff on how the disease is transmitted and its symptoms,â€ Dr Chinyonga said.
She also said lodge and hotel owners in Livingstone have been sensitised on how to detect guests with Ebola symptoms.
â€œWe have also been conducting radio programmes to sensitise the masses on Ebola prevention measuresâ€¦prevention is better than cure,â€ Dr Chinyonga said.
And in a presentation, Southern Province chief environmental health officer Emmanuel Kooma said the country has not yet recorded any Ebola case but called on citizens to report to health authorities any person suspected to have symptoms of Ebola.