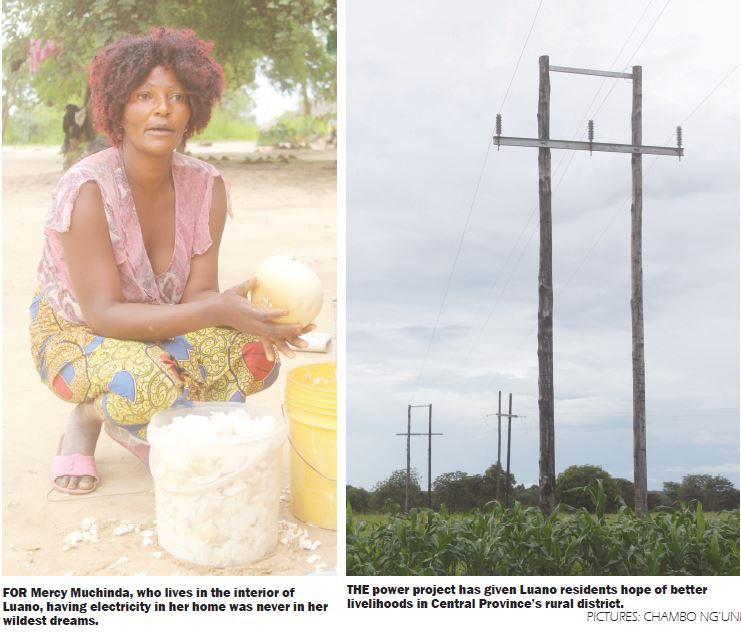 CHAMBO NG’UNI, Luano
TRAVERSING Luano, a rural district in central Zambia, maize, the country’s major cash crop, dominates the landscape.
During the rainy season, fields are usually painted green with maize. This year if the prevailing good weather conditions continue, a bumper harvest is guaranteed in the district.
There are around 40,000 small-scale farmers in Luano and their combined production of maize is now estimated at an average of 60,000 metric tonnes annually.
Soya beans, groundnuts, tomatoes and sorghum are other crops farmers grow largely because of Government’s crop diversification agenda to turn Zambia into a food-secure country.
Some farmers also keep cattle (also used for draught power), goats and pigs.
Others are also into poultry farming. They mainly keep free-range chickens, commonly known as village chickens.
“Most of the people in Luano are farmers and when we talk about maize, this area produces an average of 60,000 metric tonnes of maize every year,” says Luano district agriculture coordinating officer, Roy Kalipenta.
Mr Kalipenta says a lot of maize is grown on the plateau with a small amount coming from Luano Valley, where people grow their crops near water bodies.
Many farmers here are beneficiaries of the Farmer Input Support Programme (FISP), a government initiative that allows eligible small-scale farmers to obtain subsidised seeds and CLICK TO READ MORE