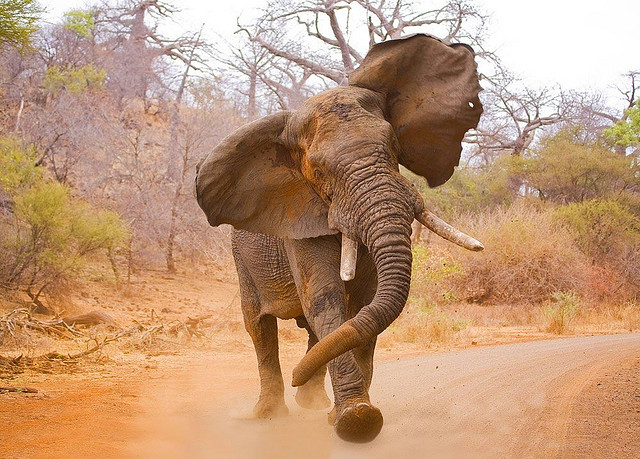 JACK ZIMBA, Luangwa
RESIDENTS in the border town of Luangwa have been told to remain indoors from dusk to dawn to avoid being trampled upon by elephants.
The order came after a resident of Kamoba in the small town was killed by an elephant when he was returning home from the market on April 3.
Residents have been told to be indoors after 18:00 hours.
According to the order, those found moving on foot after 18:00 hours would be arrested and fined K200.http://epaper.daily-mail.co.zm/