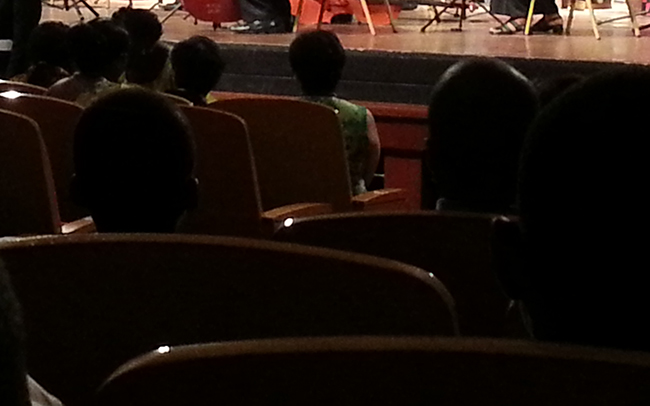 STAFRANCE ZULU, Ndola
LOWENTHAL Theatre was treated to a laughter frenzy on Christmas Eve through a comedy show dubbed â€˜Zimandola Komediâ€™ which brought together a number of stand-up comedians based in Ndola and Kitwe.
The â€˜Zimandola Komediâ€™ show is set to become a regular event on the entertainment calendar and is likely to spread to other Copperbelt towns in future.
Malon Kalumba, who was the master of ceremonies and spoke to the Weekend Mail on behalf of the other comedians, explained the idea behind the show.
“We have noted that there is so much talent in comedy that has been lying untapped on the Copperbelt. We want to give families an option where to go for a nice moment together. We want to grow a brand that we can export elsewhere later,â€ he said.
For the Saturday show, gospel artiste Gabby opened the show with four tracks as the audience awaited the comedy. The first comedian to take the stage was Gesh (Gershom Musonda) of Kitwe who did just about enough to entertain the audience.
He was followed by another Kitwe comedian Vanviyk Mumba, aka VW, who equally had the audience laughing to his jokes.
The other comedians who performed are Kelvin Mwansa, Chilufya â€œKaladiâ€ Nkandu, Joseph â€œba Mondeâ€ Simukonda, Davido One and Lucky Sakala, who combines music and comedy.
Ba Monde probably needs little introduction even to Lusaka residents; he participated in the M-Net Stand-Up Zambia which Bob Nkosha won at the Playhouse. He was also part of Bobâ€™s group Kings of Comedy which also had the likes of Patrick â€œSauloshiâ€ Salubusa, Aubrey Luo and Isaac Chamba.
The group was more or less a breakaway from the Zambia One Comedy that had started so well, bringing all the leading comedians such as Augustine Lungu, Pontiano Kaiche, Joemwa Mtsinje Mwale, Dangerous Joburg, Brighton Sinkala and Lee Nonde among others together.