CYNTHIA MWALE, Chishamba
SECURITIES and Exchange Commission (SEC) has cited low liquidity and inadequate participation on the Lusaka Stock Exchange (LuSE) as factors hampering the growth of the countryâ€™s capital market, which has been in existence for over two decades.
SEC acting director for market transaction Bruce Mulenga attributed the low liquidity, which is the degree to which an asset or security can be bought or sold in the market without affecting the assetâ€™s price, to free float.
â€œThere is low liquidity, that is, the ease to buy and sell shares, and part of the low liquidity is caused by free float [shares of a public company that are freely available to the investing public] that we have in the capital market,â€ he told journalists at the capital market training workshop on Tuesday.
Currently, there are only 23 listed companies and 11 quoted companies (those registered with SEC, but not yet listed) trading on the local bourse with a market capitalisation of slightly over K65 billion.
Mr Mulenga said LuSE listing rules are that every company should offer at least 25 percent to the public.
At privatisation in the 1990s, the free float was only 10 percent.
â€œBut you find that most of the companies have issued less than 25 percentâ€¦The free float is minimum. When the pension funds and institutional investors buy these shares and they donâ€™t sell them- they hold them because if they sell, they would not have anything to buy on the market,â€ he said.
In the 2015 national budget, Government directed the SEC to ensure that all firms comply with the listing requirements.
Mr Mulenga said the regulator is keenly pursuing the listed companies to comply with the LuSE listing requirements. 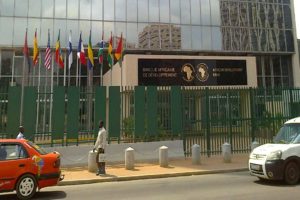