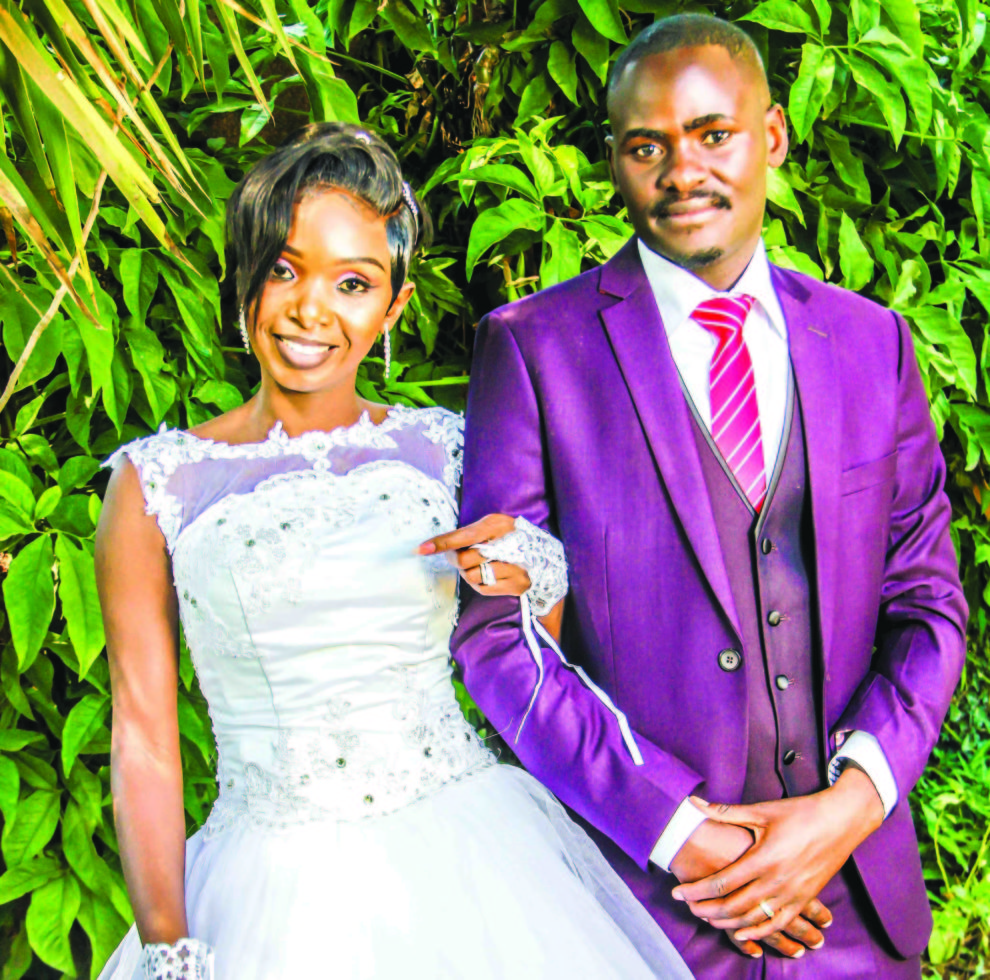 HOW WE MET with SILUMESI MALUMO, Lusaka
FOR Hastings Mweene, a break up with his former girlfriend was almost the end of the world.
Hastings thought his former girlfriend was the ‘Mrs Right’.
But Hastings, an accounts assistant at Radio Phoenix, did not know that the break up was meant to pave way for Verica Njovu, now his wife.
It was through a workmate, Angela Simukase at Plant Agrichem in Lusaka, that he found the love of his life.
Angela believed that Verica Njovu would make a good wife for Hastings.
It was in 2014 when Hastings had lost interest in women after being ditched by his former girlfriend and vowed never to be in a relationship again.
“When my workmate told me about Verica, I thought she was just trying to add more salt to my wound. I got angry with her to make her stop saying anything about women to me.
“To my surprise, she insisted that I should start a relationship with Verica. My workmate believed that Verica would make a good wife for me,” he says.
Similarly, Verica had been trying to come to terms with her own disappointment from a previous relationship. Because of this, she spent two years without committing herself to any relationship.
Verica says she wanted to have freedom to concentrate on her business to build her life.
“I think this man was very lucky. He found me very single. I had stayed for two years without being in a relationship,” says Verica.
After being encouraged by his workmate, Hastings gave it a try and from then on everything happened quickly.
“My workmate was very sure that things would work out. She gave me Verica’s number and I started communicating with her via Whatsapp.
“I opted not to disclose myself to her but I told her that I loved her. She didn’t like talking to strangers on the phone and we agreed to meet,” he says.
Strangely, on March 2, 2014, which was Verica’s birthday, Hastings lied to her that he was out of town because he had no means to take her out to celebrate her birthday.
However, a few days later, he managed to take her out to Levy Park Mall.
This is the place where Hastings officially proposed love to Verica who accepted.
Verica says she opted to be a risk taker because she did not know Hastings that much to commit herself to.
“I did not know what to do when he officially proposed love to me. What came into my mind was to give it a try,” she says.
Even when she committed to the relationship, she did not believe that it would work out, but after dating for a year, she saw some seriousness.
Nevertheless, it became challenging to Verica when Hastings was transferred to Katete in Eastern Province by Plant Agrichem.
She says at that time, her love for him was growing and she did not lose hope as she frequently visited him.
According to Hastings, he spent only a few months in Katete before his contract ended with Agrichem, a situation which made him jobless.
He says the time he was jobless provided him with an opportunity to prove if he had found true love in Verica.
But Verica on the other hand was eager to prove to Hastings that even if he was jobless, she could share with him the money she earned every month from her business.
“This is the only thing that shocked me. I told myself that this has never happened in my life and I think I have found a true lover,” says Hastings.
Verica also provided Hastings with money for transport to look for a job.
He says it was through her continued support that he found a job at Radio Phoenix as a marketing executive.
“Even after I found the job, she continued supporting me financially. She would buy me food. At that time I was living with my colleague at Radio Phoenix.
“My heart was convinced that I should go ahead with this lady,” he says.
On February 20 last year, Hastings engaged Verica despite him still not financially stable.
“I visited her at her place on this day. I found her with her grandmother. I knelt down to ask for her hand in marriage. She couldn’t believe what was happening. She ran away from where I was. I thought she was trying to turn down my proposal but surprisingly, she came back and accepted to marry me,” he says.
Even though they went through challenges in their courtship, Mr and Mrs Mweene got married on June 10, 2018.
Verica says she has found the love of her life and a best friend.
She says they will live to be a shining example of a happy marriage and a role model to society.
Indeed, when Hastings thought his world had come to an end after breaking up with his former girlfriend, Verica was at the other end of the world to embrace him.