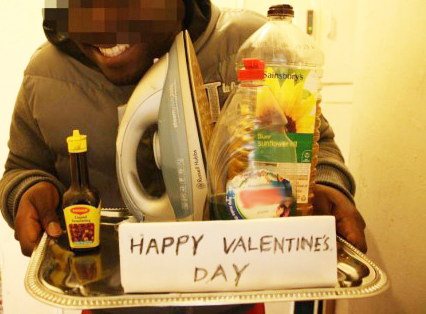 TORN APART with BOYD PHIRI
FEBRUARY is the month of love, and as they say, love is in the air, and not in brothels, as some people in Choma would tell you.
Of course, some folks are over-achieving types who may want to paint themselves red with sex workers after soaking themselves in coloured water.
In case you havenâ€™t heard the news, Choma Municipal Council has closed two brothels along with 23 bars and a nightclub.
I guess sex workers there are wondering â€“ why is it that local authorities like taking everything that is good and try their best to turn it into something that is vilified?
The closure of brothels in Choma came about not because some clients are fond of haggling with sex workers over the price, but the thing is, these social clubs have been operating illegally.
Itâ€™s something that some patrons and sex workers alike have received with a pinch of salt.
I guess it will hurt many clients and sex workers for weeks, even months after they have tossed Valentineâ€™s Day without brothels.
With local authorities consistently talking tough against brothels, and with call girls claiming ownership to certain watering holes, sex workers in Choma will have nowhere else to do their business, that is if they donâ€™t get a chance on the next â€˜Ready for Marriageâ€™ programme on Muvi TV.
Perhaps they will have to tap into the out-grower scheme idea and convert their one bedroom apartments as sex dens.
Of course, once a prostitute, always a prostitute. It doesnâ€™t go away.
Obviously, some people wonâ€™t celebrate Valentineâ€™s Day away from home in those houses of ill repute.
They will be at home feeling like they are stuck in a rut instead. But who knows? The missus might be in a good mood to give one a tsunami of love under candlelight with chocolates and red roses.
But I am pretty sure that most people wonâ€™t get these things for Valentineâ€™s Day for their loved ones.
And should you forget â€¦ in the hood, love is behind flower hedges, not in the air.
Well, at least I know how that goes in the hood when lights go down low in dark corners.
Couples of all sorts are often seen huddling behind flower hedges and dark corners â€“ married, young people dating â€“ the situation is just complicated.
And whatever teenagers nowadays call courtship â€“ they dot open spaces in pairs every night. Perhaps thatâ€™s their idea of Valentineâ€™s Day.
You have to think twice before throwing a stone at what you might consider to be a stray dog rattling flower hedges.
If anything, mongrels in the hood are no longer given chance to mark their territories in the evenings.
I mean, whatâ€™s the point when couples take over the out-of-doors to experience love in the air?
Besides, in the hood you donâ€™t just shoot at shadows lurking on lawns around church buildings and school premises at night thinking they are intruders.
Donâ€™t ask me what all this has to do with love? These are people trying to bond because the economy cannot allow them to go to shopping malls.
For a young man able to save from enterprises such as sale of airtime or pushing wheelbarrows, they at least take out their newly-found lovers for films while eating popcorn.
When the FAZ Super Division kicks off, others take their lovers for football matches and convert them into soccer fans.
The bold ones may even take out their lovers for church.
Valentineâ€™s Day spirit is expressed in various forms but the hood can never be beaten.
Every evening, streets are strewn with young people in pairs like â€˜inswaâ€™ and the coming Valentineâ€™s Week may just turn the streets in the hood into mini-rallies.
Love is indeed in the air, and donâ€™tâ€™ forget to say â€œI love youâ€.
bjboydphiri@yahoo.com