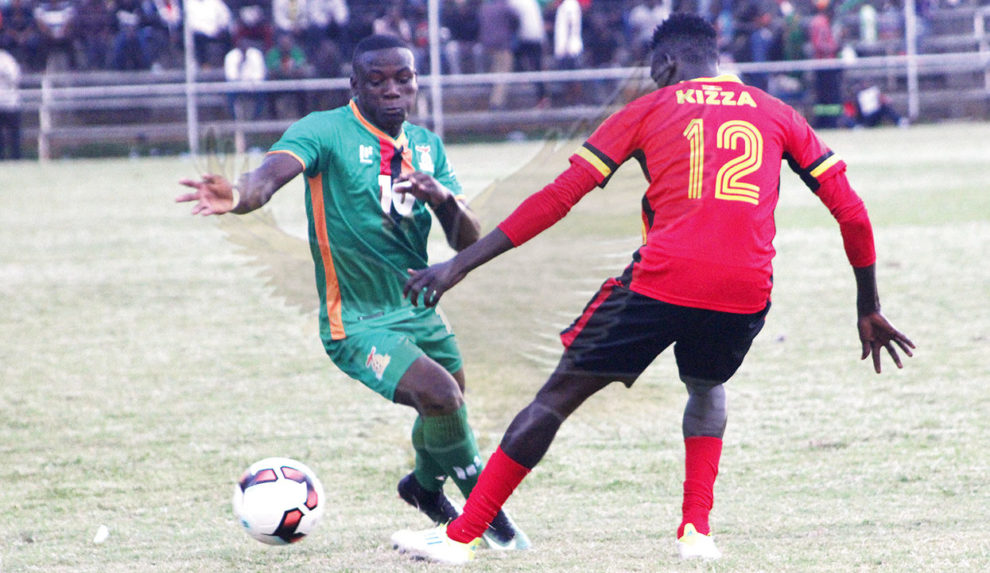 MATHEWS KABAMBA, Arthur Davies Stadium, Kitwe
ZAMBIA 0 UGANDA 2
ZAMBIA’S quest to retain the Council of Southern Africa Football Associations (COSAFA) Under-20 title and endear themselves to the fans suffered a knock yesterday when guests Uganda pumped two second-half goals in a match that had patches of brilliance.

After a goalless first half, Uganda skipper Muhammad Shaban silenced the reigning champions with a brace that condemned the junior Chipolopolo to the bottom of Group A in front of their fans.
Mumamba Numba’s boys have now been left with no option but to beat Malawi and Swaziland to qualify for the semi-finals of the annual tournament they have made their own for almost 20 years.http://epaper.daily-mail.co.zm/