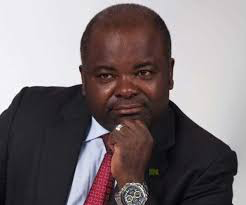 CHRISTINE CHISHA, Lusaka
MINISTER of Housing and Infrastructure Ronald Chitotela says government is concerned about substandard works on some of the completed projects handed over to government.
Mr Chitotela has implored the Association of Consulting Engineers of Zambia (ACEZ) to address the concern by implementingÂ  long terms measures such as skills training.
â€œThe substandard projects are costly for government. I wonder how structures built 40 years ago are still standing as compared to buildings being built now,â€ he said.
The minister was speaking in Lusaka on Friday when he officiated at the Association of Consulting Engineers of Zambia (ACEZ) cocktail held at Lusakaâ€™s Protea Hotel.
â€œI urge you engineers and contractors to come up with buildings that will last and your operations should be regulated by well-defined standards and professional code of conduct,â€ he said.
Mr Chitotela said governmentâ€™s vision is to ensure that local contractors in the near future take up most public projects.
He said this is why government has put in place measures to facilitate skills transfer by ensuring that all foreign contractors undertaking government projects sub-contract some works to local contractors.
â€œThe government is already practically demonstrated this commitment by involving local engineers, architects and quantity surveyors in designing and supervision of various public infrastructure projects,â€ Mr Chitotela said.
Mr Chitotela, however, cautioned local contractors to build infrastructure that will stand the test of time once contracts are given to them.
He said climate change has presented a number of challenges to the infrastructure sector which include extreme temperatures, droughts and flush floods, which have the potential to disrupt the socio-economic activities of the country.
And ACEZ Charles Hanyika said the association is committed to promoting quality conformity to ethics and integrity and to promote sustainable development in Zambia.
He said that the association members have continued to play an active role in the planning, design, construction, inspection and management of infrastructure projects in all sectors of the Zambian economy and internationally.