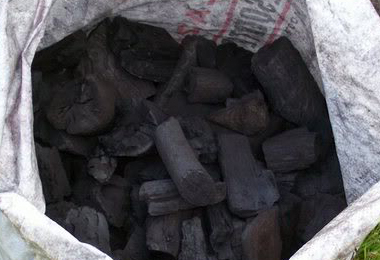 SHIKANDA KAWANGA, Livingstone
A LIVINGSTONE magistrateâ€™s court has slapped a K1,500 fine on a 23-year-old driver of Kazungula for illegal possession of charcoal.
Magistrate Benjamin Mwelwa fined Mike Mufalali after finding him guilty of illegal possession of forestry produce.
Facts before the court are that on November 12 this year in Livingstone, Mufalali was found with 80 bags of charcoal on a Mitsubishi Canter light truck registration number ABZ 3887 which he was driving.
Presenting the facts, public prosecutor Chibwe Mwenya told the court that Perry Mwando, a forestry technician at the Livingstone office of the Department of Forestry, received a phone call from Zambia Wildlife Authority (ZAWA) officers that they had impounded a motor vehicle carrying bags of charcoal at a checkpoint.
The court heard that Mr Mwando rushed to the checkpoint where the vehicle was handed over to him with its cargo.
Mr Mwenya said Mr Mwando asked Mufalali to produce a licence that authorised him to carry the bags of charcoal and in response he said he had none.
The vehicle was then impounded with the bags of charcoal and the matter was taken to court.
Mufalali pleaded for leniency saying that he did not know that the owner of the charcoal had no licence.
â€œIt was my first time to load charcoal in the [Mitsubishi] Canter and I did not know that I was supposed to be given a licence,â€ he said.
Mr Mwelwa told Mufalali that he had heard the mitigation and that he would be lenient with him.
He said it was just unfortunate that charcoal burning had become rampant in the country.
â€œYou people have greatly contributed to the harsh climatic conditions that the country is currently experiencing,â€ he said.
Mr Mwelwa told Mufalali to pay a K1, 500 fine in three daysâ€™ time or in default serve four months imprisonment.