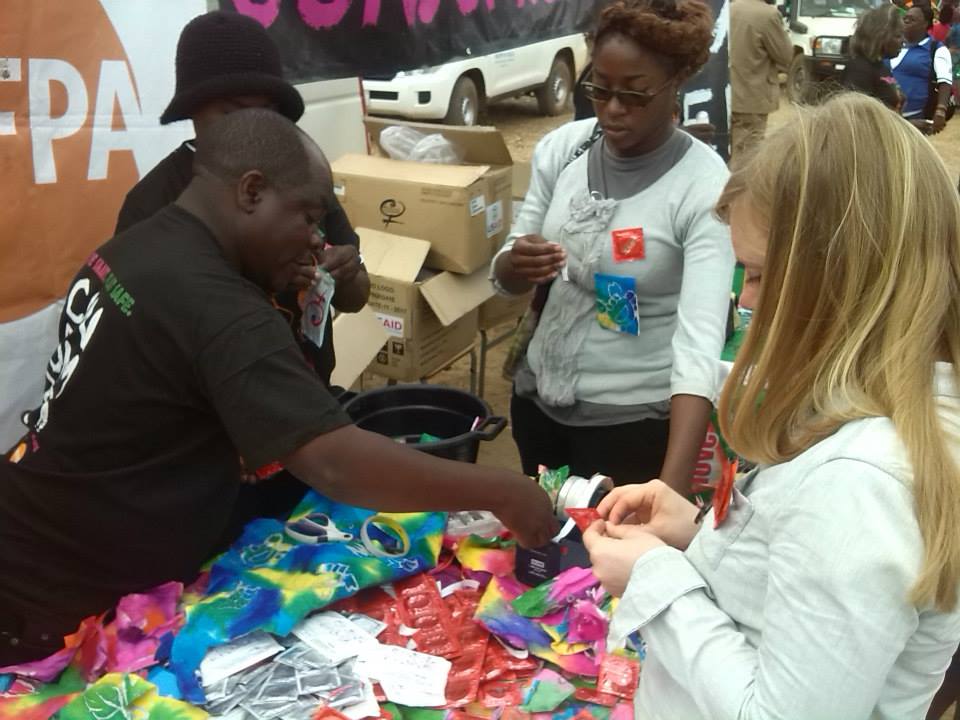 DORIS KASOTE, Lusak
THE CONDOMISE! Campaign Team is expected to distribute 144,000 male condoms and 5, 000 female condoms to reduce the high HIV prevalence in Livingstone as part of activities to mark the World AIDS Day, says team chairperson Boyd Nyirenda.
The commemoration of the World AIDS Day tomorrow which will be held in Livingstone under the theme â€œZambiaâ€™s future: getting to zero new HIV infectionsâ€ will be graced by First Lady Esther Lungu.
Mr Nyirenda, who was speaking yesterday when he paid a curtesy call on Livingstone district commissioner Omar Munsanje, said the team was in the district to carry out road-shows as well as sensitise the public on condom use.
He is also happy that Mr Munsanje is passionate about the campaign which was launched in Serenje in 2013.
Mr Nyirenda said the Condomise! Campaign Team is supported by UNFPA, Ministry of Health and Ministry of Community Development, among others.
And Mr Munsanje has called on the Condomize! Campaign Team to set up an office in Livingstone because the district has the highest HIV prevalence rate in the country.
Mr Munsanje said the fight against HIV needs concerted efforts from various sectors of society.
â€œWe need to work together to reduce the HIV prevalence not only in Livingstone alone but the country as a whole. Efforts by the Condomise! Campaign Team are welcome because they help in the fight against HIV,â€ he said.
Mr Munsanje is pleased that the team has included Brian Bwembya, alias B-Flow, who is scheduled to hold road-shows in Livingstoneâ€™s Dambwa Central and Maramba.
â€œSpeeches are sometimes ignored by people but music catches peopleâ€™s attention,â€ he said.
Mr Munsanje called on the team not only to hold such activities prior to the World AIDS Day but to make it a permanent feature in the district, considering that Livingstone is a tourist capital.
And Condomise! Campaign Team ambassador B-Flow said he will use his music to get the message across on condom use.
Meanwhile, Livingstone district has between 2011 and September this year, recorded 725 defilement cases with the youngest victim being six weeks old, SHIKANDA KAWANGA reports.
Livingstone District Anti-Gender Based Violence Task Force member Derrick Sialondwe said the six-week baby was defiled by its biological father.
â€œSeven hundred and twenty-five defilement cases, 1,692 emotional abuse cases, 64 incest cases, 326 spouse battery cases and 2,003 child neglect cases were recorded from October 2011 up to September this year.â€
â€œFurthermore, we recorded 73 rape cases, 435 early pregnancies, 69 child marriages, 2,093 marital disputes, five sodomy cases and three sexual harassment cases,â€ he said.
Mr Sialondwe, who is Livingstone General Hospital GBV co-ordinator, said this in Livingstone recently during an orientation workshop on GBV organised by the Anti-GBV Task Force, with support from the Ministry of Gender, Irish Aid, Swedish Embassy and United Nations Zambia.

Zambian falls to death in Joâ€™burg
Zambia gets UNESCO seat