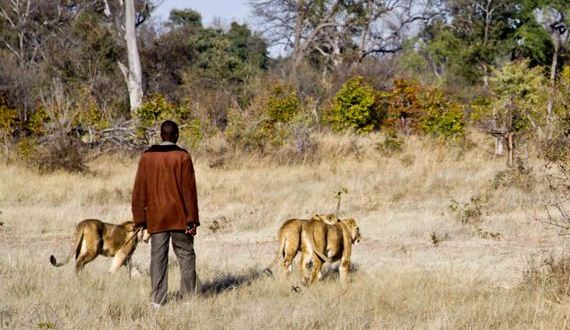 IT’S WILD with SAKABILO KALEMBWE
THE importance of humans co-existing with wild animals, and the best approaches to do it, cannot be over-stressed.
But in Zambia, there are still pockets of resistance despite huge campaigns by conservationists and the media.
However, in Liuwa Plain and Lupande game management area in the South Luangwa is coming up well.
Last weekend, I had a spell with one collegue, Kingsley Kaswende from the Zambia National Farmers Union, this time not talking farming but wildlife following his recent stint in Kenya with Jaguar Land Rover sub-Saharan Africa.
In the shadow of the magnificent Mount Kilimanjaro – Africaâ€™s tallest mountain – lies the famous Amboseli National Park, one of the great attractions in the Rift Valley Province of Kenya.
The park is at the core of the ecosystem, mainly savannah grassland, which spreads as far as the eye can see across the Kenya-Tanzania border. The park is famous for being the best place in Africa to get close to free-ranging wildlife species.
A general highlight in this park is how wild animals live side by side with the local people, mainly Maasai, although people from other parts of the country have settled there, attracted by the successful tourist-driven economy and intensive agriculture along swamps.
Because of the dry nature of the area, crops donâ€™t do very well, so the Maasai depend heavily on livestock farming for their livelihood.
The co-existence between animals and humans has existed for centuries. But there has been one major problem: predators, especially lions, which often kill domestic animals that provide the livelihood for the Maasai.
The Maasai, renowned for their hunting skills, have had no choice but to retaliate by killing the lions. This, coupled with other problems such as disease, has terribly dwindled the lion population over the last two decades.
According to David Manoa, a programmes officer with the Born Free Foundation, a count that was done in 2009 found alarming results. The lion population has plummeted to 1,975 from 20,000 two decades ago.
â€œThe lion is a symbol of Kenyaâ€¦.we canâ€™t let it become extinct,â€ he says.
Born Free Foundation, a wildlife conservation organisation, has partnered with Jaguar Land Rover to solve this perennial problem between humans and wildlife.
Jaguar Land Rover Sub-Saharan Africa recently renewed its partnership with Born Free Kenya and will continue to provide the organisation with two Land Rover Defenders.
In addition, Jaguar Land Rover will fund the building of 140 protective lion-proof enclosures or â€˜bomasâ€™, which villagers will use to protect their livestock from predators at night.
Lion-proof bomas are a simple, cost effective approach to protecting livestock from predators at night. Each involves erecting a ring of strong poles, spaced three metres apart, around the thorn boma; then a two-metre high hexagonal steel wire mesh is put in place and finally doors are made from recycled oil drums.
It has been five years since the project began, and so far the project has erected 169 bomas, fending off danger to 40,000 domestic animals belonging to 4,000 Maasai.
So far, 68 percent of the people no longer have to spend sleepless nights guarding their livestock at night. The predation of domestic livestock has also reduced from seven animals in 2014 to 0.375 animal (average) annually.
It appears lion-proof bomas have made a difference in saving both lions and livestock. The list of community members wanting to sign up to this approach continues to grow, and there are no new reported lion killings. It appears to be the only way the Maasai will coexist with the lions of Amboseli.
Zambia might need to take this route in future, but I think for now we do not have a major problem with lions. The cry has been about elephants which is not much too.
For the next five years, Born Free can rely on the Land Rover Defender â€“ a vehicle with an enviable reputation, the length and breadth of the African continent â€“ to assist in raising awareness of conservation and the importance of keeping wildlife in the wild. Local communities and the wider public are incorporated into all the work Born Free Kenya undertakes, from protecting wild animals through anti-poaching measures to education programmes which help to raise awareness on wildlife issues across many sections of society.
â€œThe Land Rover brand has, since inception, been the ideal tool to get to hard-to-reach locations anywhere in the world,â€ explains Nigel Clarke, operations director of Jaguar Land Rover Sub-Saharan Africa.
â€œIn Born Free, we have a kindred spirit, and identify very strongly with their philosophy of keeping wildlife in the wild.â€
Until next week, letâ€™s celebrate World Forestry Day tomorrow. I sign out.
Write to: kzax2000@yahoo.co.uk
skalembwe@daily-mail.co.zm