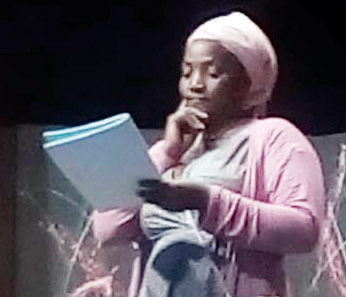 NICHOLAS KAWINGA, Lusaka
ONE of Africa’s classic plays and a world’s celebrated thespian piece of literature, The Lion and the Jewel, is busily in rehearsal at Lusaka Playhouse.
Being produced under the umbrella of Yezi Arts, the play, written by renowned playwright and Africa’s first Nobel Prize winner Wole Soyinka, has generated a lot of interest from both theatre artistes and the public, which has evenly started buying tickets for the premiere.
The producer Abdon Yezi and play director Kalonje Ndhlovu have assembled a formidable team for this undertaking which blends in newcomers to the theatre arts with the experienced ones, like the all-time-great Wesley Kaonga, National Theatre Arts Association of Zambia (NATAAZ) chairman and seasoned actor Boyd Kaimbi and award-winning singer Maureen Lilanda, who will be transitioning to acting from her usual stage melodies and crooning.http://epaper.daily-mail.co.zm/

Together as one in concert
Dr Tumi has right dosage