Art Yak with CHANDA MWENYA
HOW could Levy Patrick Mwanawasa, the third President of Zambia, be best described in one breath?It depends on which side of the fence you are.
But one thing is agreed upon, he was an eminent lawyer and selfless leader who strove to ride above self-interests in his public life.
Those qualities were vividly brought to life once again in the Levy Mwanawasa Foundation memorial photo exhibition that opened last week at Lusaka National Museum to celebrate the late President’s life. Yes, it is already 10 years since President Mwanawasa fell ill while attending the African Union (AU) meeting in Sham el-sheikh, Egypt and sadly passed on after being evacuated to Percy Military Hospital in France.
His life, incredibly lost too soon, was captured in photographs from his early days as a young law student at the University of Zambia (UNZA) through to super structures named after him that includes a hospital, a shopping mall, a stadium and a bridge.
From the early photographs taken as an UNZA student, Mwanawasa possessed a rare charm with his handsome face and fine groomed hair. In fact, the afro style lived to be his brand as it could be seen throughout his life. Although, the exhibition had only two photographs from his early life, they somewhat gave an insight into his ambitious life. But it would have been more interesting to see more of his childhood photographs that are exceptional to the public eye. But again, family photographs were in short supply in the era of the 1940s.
Levy Patrick Mwanawasa was born on September 3, 1948 in Mufulira district on the Copperbelt Province. He was the 10th born child of Patrick Mayamba and Maria Mokola.
After his primary education at Mufulira Central School and his secondary education at Chiwala in what was then Ndola rural, Mwanawasa pursued his law degree at UNZA and graduated in 1973.
As a young lawyer, Mwanawasa practised with a private firm from 1974 to 1978 before forming his own law firm. In 1985, he was appointed Solicitor General. But he did not stay long in that position and went back to private law practice in 1986.
And during the 1991 multi-party elections, Mwanawasa was elected Member of Parliament for Chifubu Constituency on the Copperbelt Province under the Movement for Multi-Party Democracy (MMD) and was later appointed Republican Vice President, a position he later relinquished.
Mwanawasa’s public life oscillated between law and politics but in-between, he had an ordinary one with his close family as was seen in the exhibition.
As a family man, Mwanawasa was seen in some photographs with his wife Maureen and the children. There were images that took the viewer inside the Mwanawasa household. The pictures revealed him as an easy to be round kind of parent. For instance, in one picture Mwanawasa is seen having a meal while his child playfully leaned on him. But don’t be completely be deceived, Mwanawasa was a no nonsense man when he was on duty as President.
And a large section of the exhibition shows him on his tour of duty. In his official portraits as Commander-in- Chief, Mwanawasa is seen adorning the ceremonial uniforms of the Zambia Air Force (ZAF), the Zambia Army and the Zambia National Service (ZNS). At 53, and even in military regalia, his charm was still searching.
Mwanawasa is also chronicled with famous world leaders from near and far. He is captured with Libyan President Muammar Gadhafi in Tripoli; he is also seen with British Prime Minister Tony Blair at 10 Downing Street in London.
In another photograph, he is with Germany chancellor Angela Markel. Closer at home, Mwanawasa he is seen flanked by President Robert Mugabe at an African Union (AU) summit.
Perhaps the most absorbing picture could be where Mwanawasa is seen on his arrival in Egypt. It would be the last photograph many Zambians would see of their President alive. 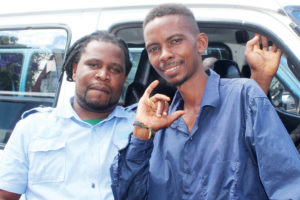 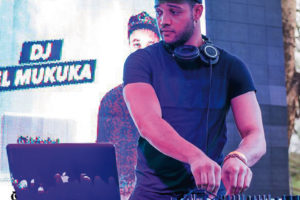 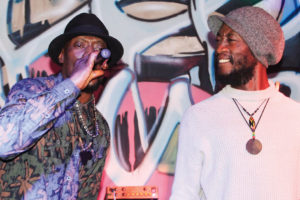 Mwiza not giving up
Melba is Miss Universe Zambia