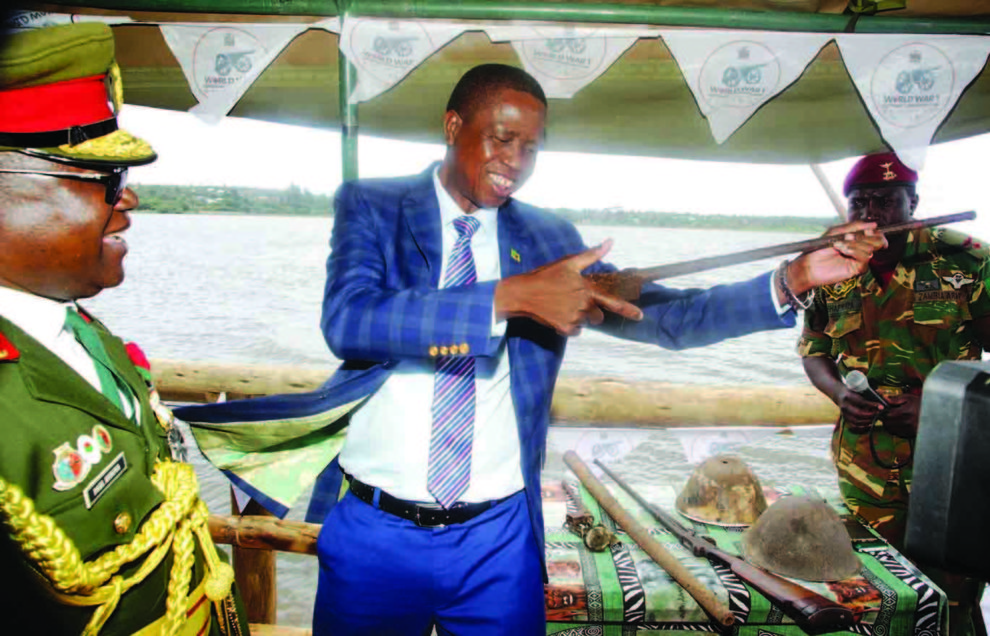 THE World War One centenary celebrations are over and people who travelled to Mbala have started returning to their bases with a lot of memories.
For those who travelled, there was a lot to see and learn from Mbala. Many people, too, will have a lot to tell about this remote district.
Mbala is one of the least developed districts in Northern Province.However, the hosting of the World War One commemorations, which attracted hundreds of people locally and abroad, will help change the fortunes of the district.
Everything being equal, Mbala should not be as desolate as it is because it is one of the country’s epi-centres as far as tourism is concerned.
Mbala is home to the Kalambo Falls, the spectacular jet of water, which falls in a single uninterrupted stream 221 meters down into the gorge below and then on into Lake Tanganyika.
The Kalambo Falls are the second highest falls in Africa and the 12th highest in the world.
There is also Lake Chila, which apart from a majestic water body, is of historic importance because on its bed lies a collection of historic military weapons that have been there for about a century.
The arms were dumped into the mini-lake at the end of the First World War after soldiers from Germany East Africa (Tanzania) surrendered belatedly to the Northern Rhodesia Rifles.
The Moto Moto Museum, on the other hand, houses an impressive collection of articles related to Zambian culture and folklore.
Therefore, Mbala has a full package for tourists.
The centenary celebrations have helped to unearth the massive potential this district holds.
With the commemorations over, this potential should be transformed into reality for the benefit of the local people.
Beyond the transformation of Mbala into a tourism hub of the northern circuit, there is need for stakeholders to reflect on the significance of the commemorations.
President Edgar Lungu has given a hint on how the commemorations should be remembered sustainably.
President Lungu has advised the ministries of General and Higher Education to amend the school curriculum to include information that the First World War ended in Zambia.
The President is very right. History should be correctly recorded and show that Zambia and its soldiers suffered the effects and horrors of World War 1.
For that purpose, educational institutions and historical information should be correctly recorded. This must include revision of school curriculum and all relevant textbooks, which are used to teach history in Zambian schools and beyond.
Wikipedia, the online record will also be amended. The reviews and correction will provide learners the truthful historical account as regards where the World War 1 ended and show how relevant Zambia was connected to this war which started in Europe.
Given the high-profile visits by people from the United Kingdom and Germany, it is not in contention that the war ended in Mbala.
Historians and academicians’ role should be to highlight that fact in history books and at our museums.
The military, too, can cash-in by setting up museums so that retired, serving and would-be soldiers should have references.

Everyone must make Zambia clean, healthy
Relevance of expos must show