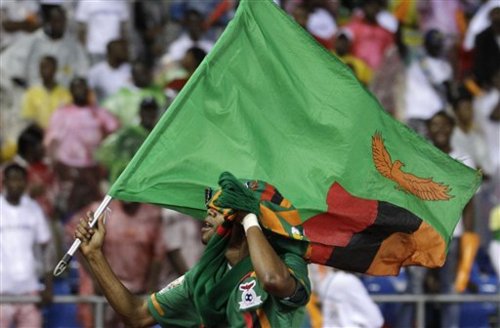 SOCCER REVIEW with STEPHEN PHIRI
THE Chipolopoloâ€™s loss to South Africa in a preparatory match ahead of the Africa Cup of Nations in Equatorial Guinea may have broken the hearts of some diehards who never fathom Zambia going down to Bafana Bafana.
Itâ€™s hard to take heart from a loss, especially when you play bitter rivals or when you believe your team is rungs better than the opposition. I understand the emotions and at the same time wish to calm nerves of our soccer fans who may have become restless.
As a palmist of some sort, I wish to say to the fans: â€œLet not your hearts be troubled because Zambia is a great team. If it were not so, coach Honour Janza would have told us.â€
I did not have a chance to watch the match, probably because the K3 I pay, through my nose, to our national broadcaster is not enough to buy rights for the live transmission of the important game.
But information reaching my desk is that it was a great game; edge-of-the-seat stuff and that Zambia created a myriad of chances but could not score because of the Chipolopoloâ€™s double blunt strike force.
While friendly games are meant to help the coach gauge the performance of players and fans would want them won, I do not worry much, especially when a coach is able to correctly read the game and make the necessary changes when D-Day dawns.
It is hoped Janza used the right lenses during the match we lost 0-1. When the AfCON gets underway on January 17, time for experiments would have expired and Janza â€“ an Africa Cup first-timer as coach â€“ will have to deliver.
He picked the team all by himself and he has belief in the boys. Yes, Janza must make his boys believe in their abilities because confidence is the biggest asset in such a competition. If it were not for self-assurance and belief, Zambia would not have won the 2012 Africa Cup of Nations in Libreville.
In terms of player profile, it would be unfair to Ivory Coast if we said they were at par with Zambia but they lost. But player quality is not enough in a team sport; it is about a combination of all ingredients â€“ confidence, motivation, skill and, I am told spiritual guidance. Well, I do not believe in the last aspect but Janza hoped the â€œspiritsâ€ would help Zambia when they trek back to Equatorial Guinea.
My advice is that we must rely on our own physical being for team quality just in case the spirits will not be in a good mood, for one reason or the other.
Janza will today name his final 23 to do battle. Again, the ball is in his court because if we are eliminated in the preliminary stage, he would have failed and would not be deserving of the job. That, unfortunately, is how football is.
The team has enough support from Government and there will be no excuse whatsoever if they lost embarrassingly. If they are kicked out, the argument that the K32 million allocated to the team should have been used elsewhere may be validated.
Zambians want something to cheer about and no group does it better than the national team.
Do us proud boys. I know youâ€™re capable.
Many thanks to colleague Victor Kumwenda who anchored the column while I was on vacation, yes vacation.
sphiri@daily-mail.co.zm