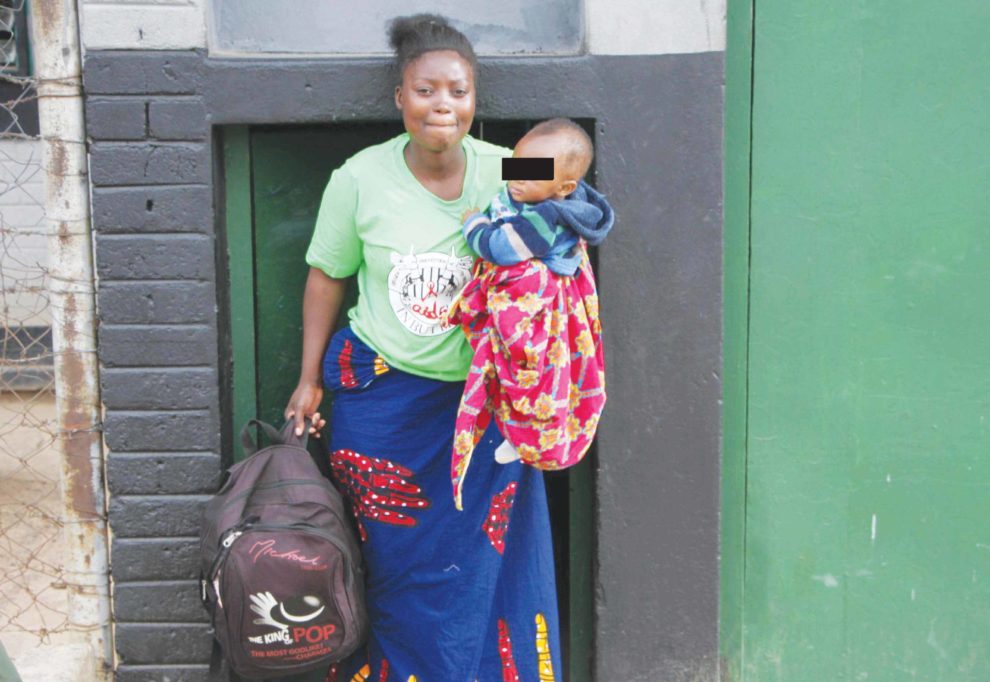 GENDER FOCUS with JUDITH KONAYUMA
AFRICA Freedom Day has come to mean a lot to ex-inmates who left prison when they least expected it.
I am sure they always look back and ponder upon the presidential pardon that opened those solid prison doors to enable them to walk to freedom.
And it is a joy for the inmates who walk out of the prison doors on account of a presidential pardon.
What is more amazing is the fact that women are always among the inmates who are pardoned.
In commemorating this year’s Africa Freedom Day, President Edgar Lungu pardoned a total of 2,182 inmates in various prisons around the country.
Of note about this figure are the 29 female convicts with circumstantial children, and it is commendable that both the mothers and thier children are now out of the confines of those high walls.
Circumstantial children find themselves living within the walls of the prisons due to circumstances that surround the mother and it is often due to the inevitable that these children end up there alongside their mothers.
It is common to have a woman convicted while she is expecting, and due to an nature of an offence, it may not be possible to exempt her from serving a jail term.
In our set-up today, it is becoming increasingly difficult to have relatives take in an extra person into their home, even in cases where the mother is serving prison time.
The disintegrating extended family life support system in our society has partly led to the increasing number of circumstantial children in prisons.
So, in a number of cases, a mother who gives birth in prison has no choice but to hang on with her child while she serves her time there.
And for any mother, a child by her side may offer her some comfort, despite the unfavourable conditions that prevail there.
A mother worth her salt always wants to be with her children, no matter what. It is a delicate matter when it comes to a mother and her child.
This is where a mother proves her motherhood and her ability to endure the prison’s harsh conditions with a child by her side.
The release of some of the women and, of course, men as part of the Africa Freedom Day celebrations is surely a breather and a lease of new life.
It is now a time for the women to begin life afresh outside the prison walls by picking up where they left off.
It is not easy to have a fresh start but the tide of life is continuously in motion and anyone who stands to watch it go by is left behind.
For these ex-inmates, the chances of falling behind and the inability to fend for themselves are greater because everything around them took a different turn during their time in prison.
Some of them have acquired some skills during their jail time in the hope that these skills become a fallback for their own benefit when they re-join society.
Sometimes relatives shun ex-inmates or stigmatise them, making them feel unaccepted. T h i s l e a v e s them hopeless and helpless.
It is important to bear in mind that the fact that, since former inmates have received a pardon, they have been forgiven by the offended party. This should enable them to make a fresh start at life.
Women have a way of proving themselves when they are allowed to do so and society has a task to help the released women start life afresh.
In Lusaka and elsewhere, women who vend fruits, vegetables and other merchandise in open spaces at strategic areas (not encouraging street vending) are common sight.
A woman who takes a step in that direction is merely saying she does not want to be a dependant of her husband or a burden to her relatives for all her personal needs.
She is also saying she has the ability to do something with her hands and she does not want to be idle in the face of the harsh economic realities.
The women may have the desire to make ends meet for themselves and their children, but they may not have the ability to start a small venture.
This is where society should come in to assist the women start life from somewhere.
A number of ventures these women may have in mind do not demand huge amounts of capital, and in any case, most people started in a small way.
Society can be helpful, but at the same time can harm vulnerable people such as ex-inmates who have the ability to be useful citizens once again.
The women ex-inmates, as well as the men, deserve to be given this chance by re-integrating them back into society and enabling them to utilise their skills and knowledge for the good of their families and others.
We have seen some people who were delinquents leave their unacceptable ways to become useful members of society.
This is what society should aim to do for the ex-inmates. We need them because they are part of us.