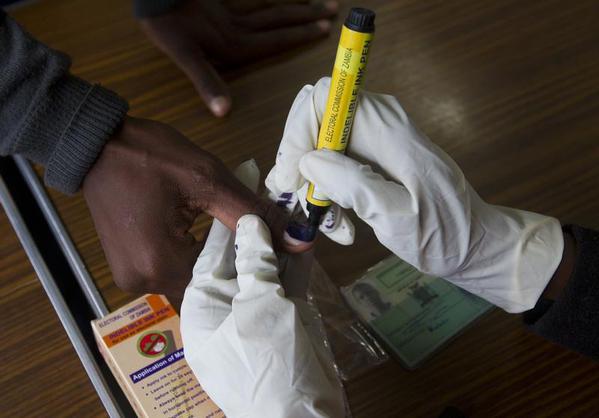 ZAMBIANSÂ from all walks of life yesterday decided who the next President would be and now they anxiously wait for the result of their action.
In voting, they exercised their inalienable right in a silent voice which said: â€œI want this candidate to rule over us.â€
This is not the first time voters are casting their votes. Depending on age, some have done so countless times while others are casting their vote for probably the second time, considering that there was no voter registration to enlist new entrants on the votersâ€™ roll.
Zambia currently has a total of 5,166,088 registered voters as at November 30, 2014.Â Â  It is hoped that a good majority of these registered voters did turn up at their respective polling stations and made their secret decision in favour of one of the 11 candidates whose names and pictures graced the ballot papers.
Though we know that each of the candidates on the ballot paper expects to win, we also know that there can only be one winner at the end of the day.
Candidates have done their part by campaigning and selling their manifestos to the electorate.Â  The votersâ€™ decision is based on these manifestos.
Every institution which is concerned with the election has an important part to play.
The Electoral Commission of Zambia (ECZ) now shoulders the greatest responsibility, and with the tallying of votes in progress, everyone is waiting for the final result.
The commission is compiling figures and adding them up to come up with the final figures when all the results have been counted.
The media is participating in this process and disseminating information far and wide.
In fact, it is not only giving out information on the results, but on all that has to do with the election so that the nation is kept well informed.
Not to be left out are representatives of various political parties and monitors from both local and international institutions whose duty it is to oversee the process and make their reports afterwards.
At the same time, voters and candidates alike are eagerly waiting for results. It is an anxious moment as the country awaits the final announcement of the winner. What, therefore, should the conduct of all stakeholders be at this time?
Zambia has been known as a haven of peace. In hard and joyous times, the country has remained united and it is at such a time that unity should prevail.
We agree with the ECZ and the Electoral Institute of Sustainable Democracy in Africa for cautioning against early celebrations and accepting the results, respectively.
An early celebration can send wrong signals to the followers of those celebrating so that when the final result is announced and it is not in their favour, they are bound to cry foul.
The above action goes hand in hand with accepting the results of the election. As we stated above, there is only one winner in this election and it is important that stakeholders accept whoever wins.
The winner may not be a candidate of their choice but the tenets of democracy urge us to settle for the decision of the majority and we can only advise those who will find themselves in the minority to take their hats off to the winner.
This is the best way to go as we seek to maintain peace and harmony while giving chance to the new President to settle down and serve every Zambian.