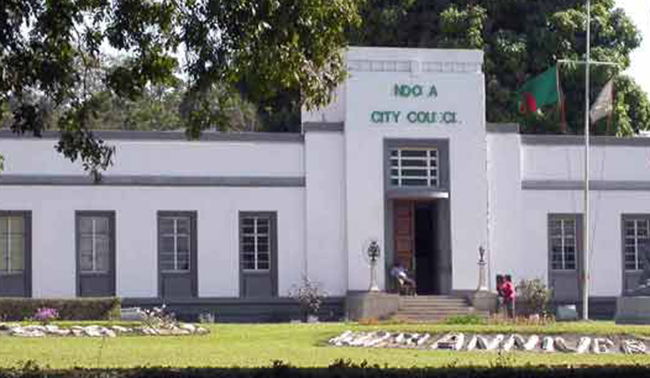 public losing confidence in the local authorities in the country.
Minister of Lands Jean Kapata’s words must be taken seriously by all stakeholders involved in administering this important natural resource, especially local government authorities, if the country has to maintain its positive strides towards economic growth.
She says, “There is extremely high prevalence of illegality and lawlessness pertaining to land allocation and acquisition in Zambia, which is threatening law and order and, subsequently, affecting socio-economic development of our great country.”
Currently in the limelight among those that have not been following the guidelines and procedures in this area are Kabwe Municipal Council and Ndola City Council, which Ms Kapata has suspended. This means the two municipalities, for now, will not continue acting as the ministry’s land administration agents. All functions with regard to land have been transferred to provincial land offices.
This situation will have to prevail until sanity is restored in the two local government institutions. This is how it should be because, as Ms Kapata says, one of the Patriotic Front’s priorities is to provide a conducive and stable environment for the socio-economic development of the country.
As government works to empower its citizens, allocation of land is one of the many areas on which it should focus its attention for it to achieve that goal. But if councillors and other officials in the councils engage in corruption and other illegalities as they administer land in their communities, it is the ordinary citizens, especially the underprivileged, who are greatly disadvantaged.
In turn, if the poor are denied access to land ownership due to the influence and gluttonous behaviour of those in authority and their cohorts, who want to offer themselves huge pieces of land at very low prices – yet ordinary members of the public are slapped with advertisements for small plots at exorbitant prices – then one wonders how poverty levels can be drastically reduced in the country.
Therefore, checking the operations of municipalities in the country should not just end with suspensions and transferring power to provincial land offices. Investigations into activities of corrupt officials must be instituted immediately, and all those who will be found wanting should be prosecuted.
This will ensure that those in public office account for all their actions to the people who put them in those offices they are occupying. Theirs, as servants of the people, should be a matter of effectively offering services to their ‘masters’ – the public. The cases of Kabwe and Ndola will have to serve as a lesson to other erring councils and their officials country-wide.
Just the same way the suspension of Livingstone, Kitwe and Ndola city councils, by then Minister of Local Government Stephen Kampyongo in January last year, was welcomed by all stakeholders who wished to see sanity and fairness in their land allocation processes, Ms Kapata’s recent action against the Kabwe and Ndola municipalities is highly commended. It is aimed at protecting the citizens, who should be empowered in all areas of life, including land ownership. It is one way of ending poverty.

Tagsland administration Let sanity in there be